Therese Tucker is not your usual buttoned-up CEO and entrepreneur

On a typical day at BlackLine’s Los Angeles headquarters, BlackLine CEO and Founder Therese Tucker is fast on her feet, a blur of color as she sprints from one meeting to the next across four floors of the office tower that bears BlackLine’s name. A certified yoga instructor, she is equally nimble with words, a necessity given the arcane language of Finance & Accounting (F&A) that she has mastered. Her financial acumen and technological ingenuity have combined to make the work of hundreds of thousands of accountants more efficient and humane, lowered the stress levels of internal auditors and given CFOs extraordinary visibility into their organizations’ business performance, informing smarter decisions to enhance competitive standing.

Prior to launching financial controls and automation software company BlackLine in 2001, Therese was the Chief Technology Officer at SunGard Treasury Systems. When she started BlackLine, she had more than 25 years in financial accounting and technology development experience under her belt and was focused initially on providing a wealth management solution to First National Bank of Nebraska. When an accountant expressed frustration over the bank’s manual processes to reconcile the books, Therese took notice.

In subsequent years, she merged her two passions in technology and finance to the behest of Finance & Accounting organizations across the world, adding new functionalities that addressed the expressed problems of clients. Under Therese’s direction, BlackLine also was first to market with enterprise-class SaaS (Software-as-a-Service) applications automating the entire financial close process. It was an open field and business grew exponentially. The company now has users in approximately 150 countries served by some 850 employees worldwide. The impressive client roster boasts such global household names as Boeing, British Gas, Costco, Dow Chemical, DuPont, eBay, Lafarge SA, Northrop Grumman, Qantas Airways, Saint Gobain and United Airlines, to cite just a few.

Altogether, BlackLine touts at least 25 customers in the Fortune 100 and 100 of the Fortune 500. The company also has penetrated the ranks of mid-sized companies and has offices now in more than 10 cities around the world. Additional Europe and Asia offices are planned, as BlackLine continues to add global clients, demonstrating the increasing demand worldwide for software to automate key F&A processes.

Today, many leading advisory and outsourcing firms, including Deloitte, EY, Genpact, KPMG and PwC, employ a growing list of representatives that are ‘BlackLine Certified Implementation Professionals.’ BlackLine also has formal strategic alliances in place with Deloitte, EY and KPMG.

In 2013, the BlackLine Financial Close Suite for SAP® Solutions became an SAP-endorsed business solution, joining the ranks of fewer than 40 other software offerings globally to be recognized by the enterprise application and ERP software leader. In 2016, Therese spearheaded the acquisition of Runbook, a Europe-based provider of F&anpA automation solutions to the SAP market, further solidifying BlackLine’s position as a leading provider of software solutions to automate and control the entire financial close process for SAP’s global customer base. Most recently, in 2018, BlackLine entered into a reseller agreement with SAP strengthening its long-standing relationship by giving SAP the ability to resell BlackLine’s market-leading cloud-based finance and accounting solutions globally. At the time, BlackLine joined only three other companies that had products resold by SAP as Solution Extensions for the Finance line of business.

In addition, BlackLine is recognized by global technology industry research firm Gartner as a Leader in its Magic Quadrant for Cloud Financial Close Solutions and as a pioneer in the cloud market for enhanced financial control and automation.

Therese’s leadership, passion and persistence have not gone unrecognized. BlackLine ranked No. 7 on the 2016 list of the ‘50 Fastest’ Women-Owned/Led Companies in the world, as reported in Fortune. That same year, BlackLine was named to Forbes’ inaugural ‘Cloud 100’. BlackLine also has made the Software 500 list of the “world’s largest and best-performing software companies” for the past eight years, the Deloitte Tech Fast 500 for the past nine, and the prestigious Inc. 500/5000 for nine years in a row, joining the ranks of such high-growth brand name companies as Jamba Juice, Microsoft and Patagonia.

Many prestigious industry organizations have recognized Therese’s myriad accomplishments, as well. In 2010, Accounting Today selected her as one of '10 To Watch' in the accounting profession; and then eight years later, in 2018, named her to their annual list of the ‘Most Influential People in Accounting’. In 2011, San Fernando Valley Business Journal honored her as a ‘Woman of the Decade’ for her continuous accomplishments in building and growing the software company. That same year, she earned the 2011 Stevie American Business Award for Software Executive of the Year, awarded the previous year to Oracle’s Larry Ellison!

Therese believes strongly in giving a percentage of her salary to charitable organizations and causes. She is on the Board of California Community Foundation. On an ongoing basis, she has supported the Los Angeles Mission, Los Angeles Christian Health Centers, PATH and Dream Center, a distributor of food to high-risk, poor areas of downtown Los Angeles. Therese has a personal goal to one day provide Dream Center with a technology/software platform that would automate the distribution process and allow the organization to deliver more food to more people.

Therese also makes every effort to get BlackLine clients involved in these endeavors. Before each Annual User Conference, the company conducts a community event engaging clients, partners and employees to work together as volunteers. One year, for instance, more than 80 people helped build homes in New Orleans through Habitat for Humanity. In 2017, Therese and BlackLine’s employees pledged to provide each of the 50,000+ homeless people in LA with something warm to wear, handing out more than 180,000 items during the holiday season.

Therese Tucker on Starting a Tech Company at 40

Ethics In An Unethical World

More Work Needs to be Done for Female Entrepreneurs

On Ageism and Risk-Taking with Therese Tucker

15 Inspiring and Successful Women to Watch in 2019

Therese Tucker of Blackline | CEOs You Should Know

How To Easily Raise Startup Money For Your New Business

Smashing Through Barriers to Set Up a $2bn Tech Firm

How These Remarkable Women Are Building Empires: Inc. Female Founders 100

The Top 100 Most Influential People in Accounting

Top Talent: Here’s What It Takes to Land It

Busting the Myths About Startup Success with BlackLine (Video + Transcript)

Manual processing of reconciliations is a critical audit matter

From Bootstrapped to $1.15B IPO – Therese Tucker of BlackLine

10 Most Inspiring Entrepreneurial Stories of 2017

How BlackLine chief Therese Tucker conquers in a man’s world

The Single Most Important Trait for Female Leaders

Top Women in the Business World Discuss Their Careers

How the boss of BlackLine went from agriculture to automation

10 Podcasts With Founders Discussing How They Built Their Unicorn Startups

Therese Tucker: Bring on the Saas

Robots are not accountants

An Entrepreneur’s Journey From a Farm to Nasdaq

On the Board: Leaders in Philanthropy

Does the Earnings Stripping Regulation Remove Too Much?

Continuous Accounting: A Marathon, Not a Sprint

These Are the 50 Fastest-Growing Women-Owned Businesses

Stopping the Madcap Sprint to Close the Books

Could This Cloud Financial Software Reduce Dependence on Spreadsheets?

Just 3% Of Venture Capitalists Are Female, But There Are Reasons To Be Optimistic 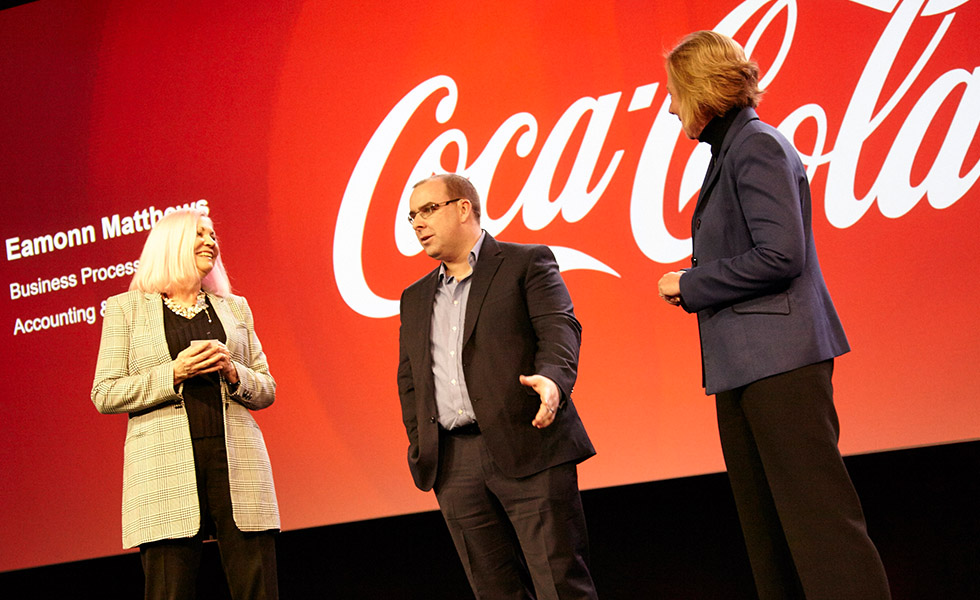 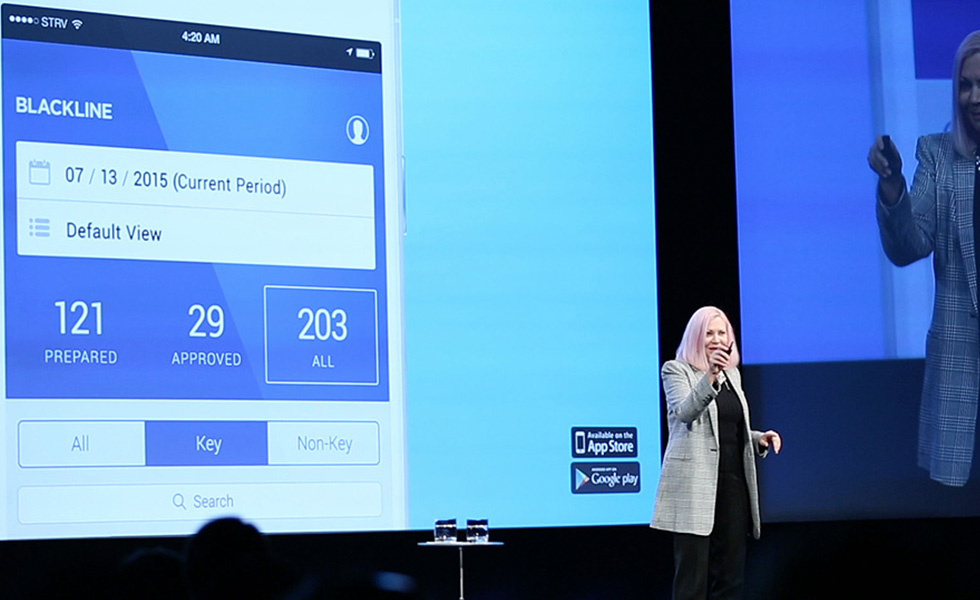 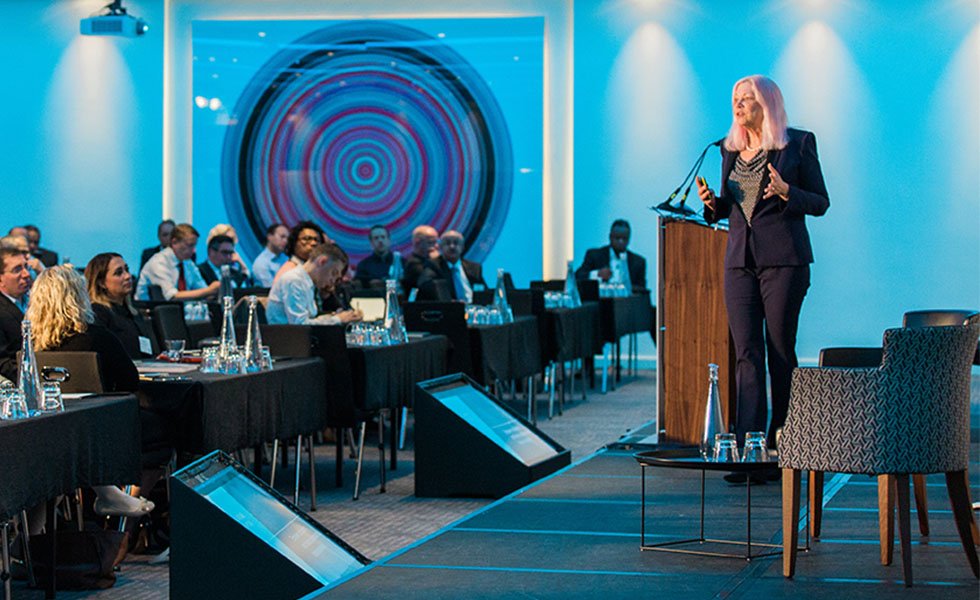 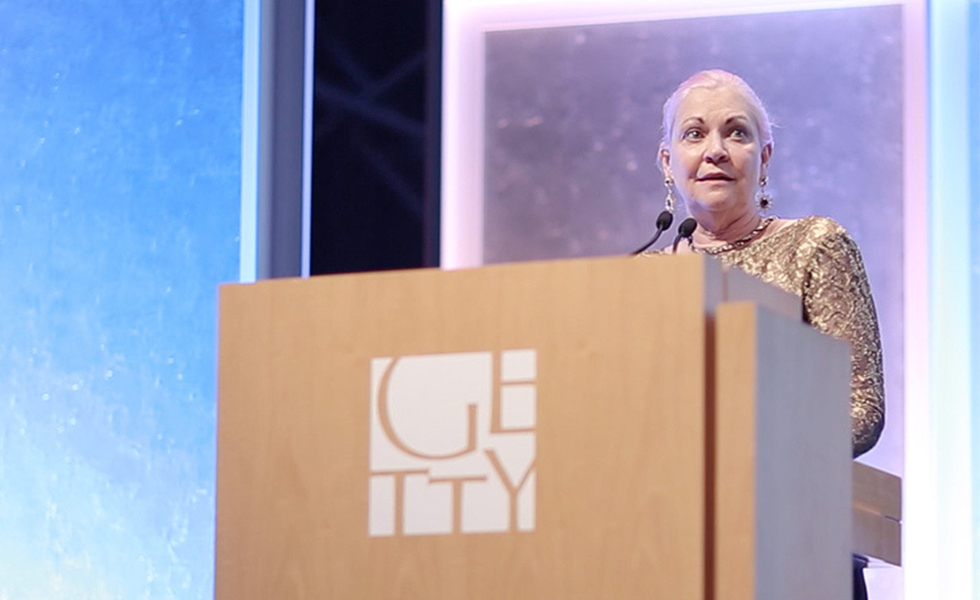 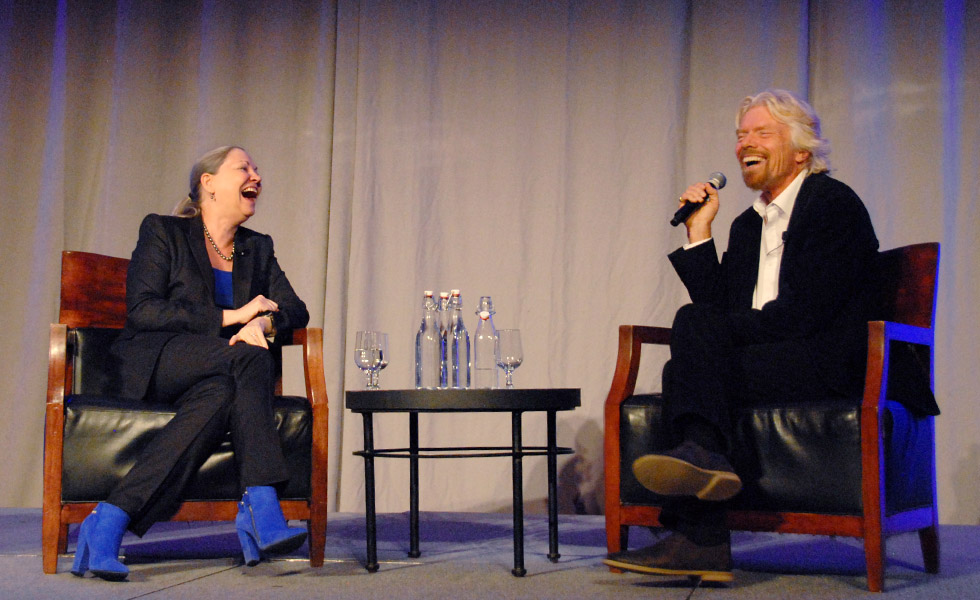 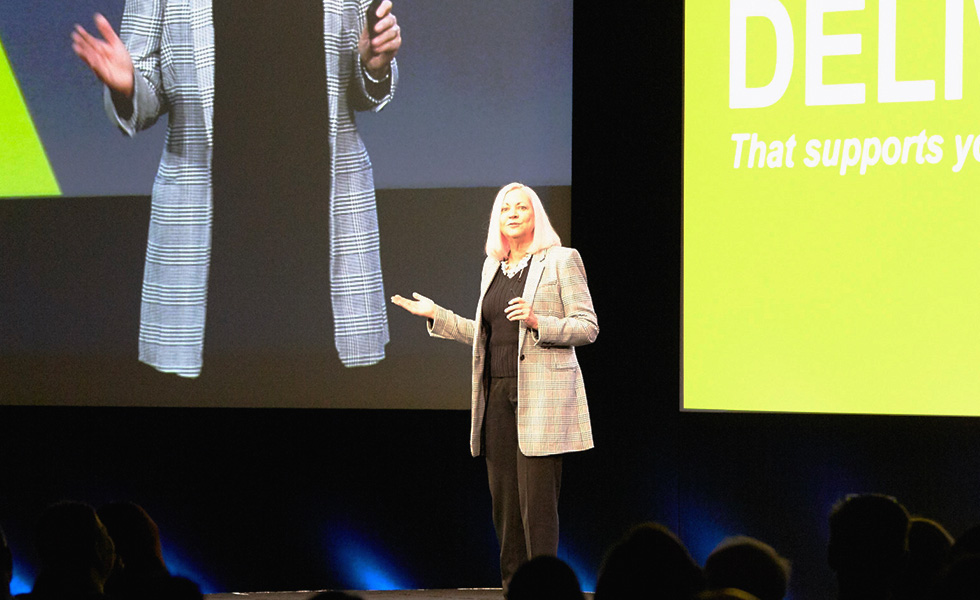 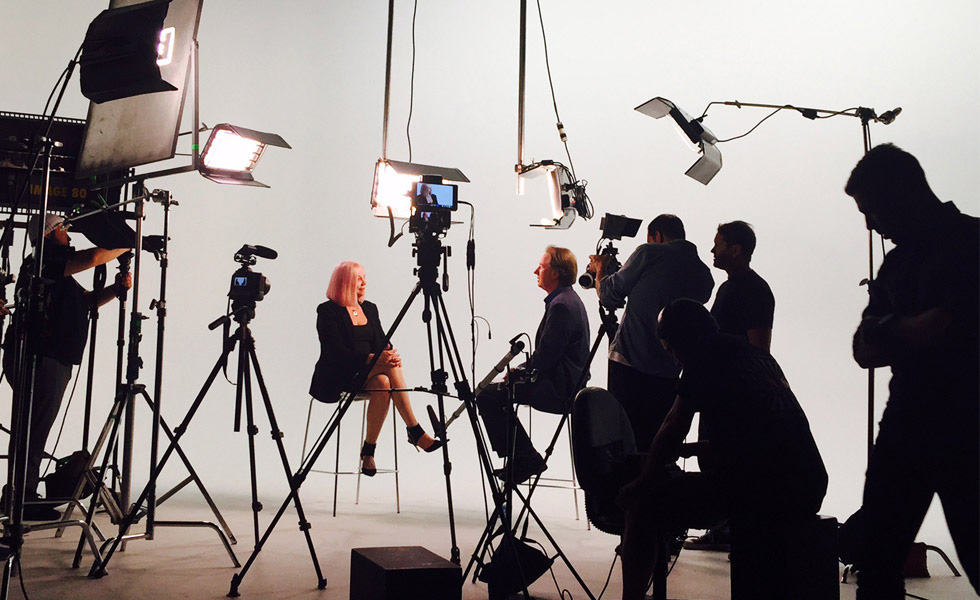 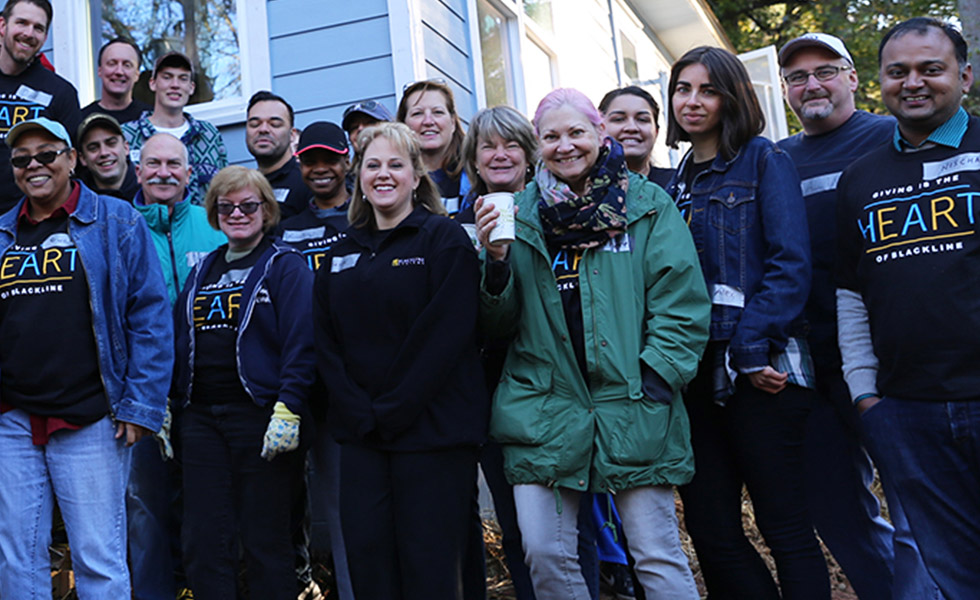 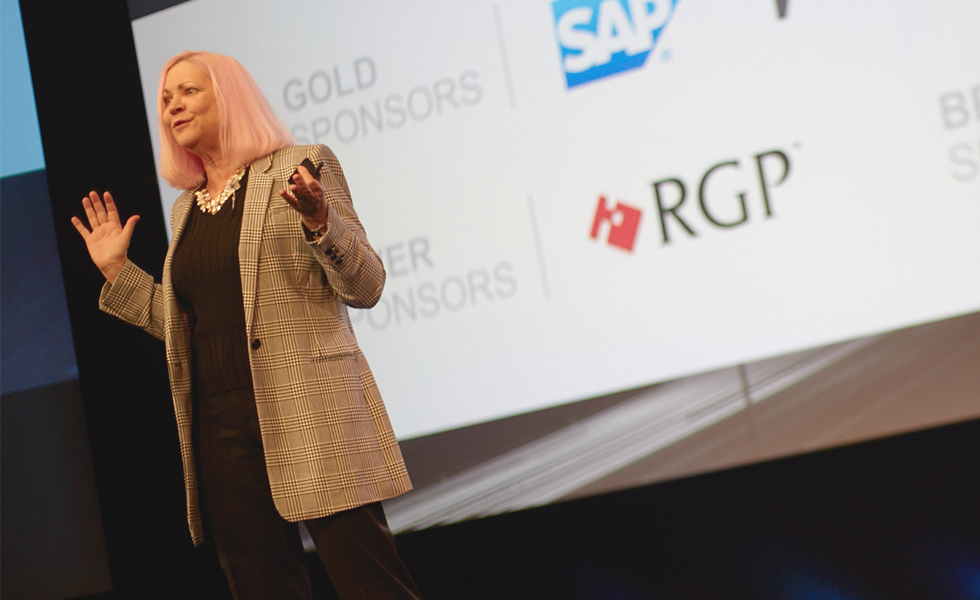 (Read More)
Continuous Accounting at the Speed of Business

ver wonder where the term, the “last mile” of finance, originated? This oft-used phrase to describe the month’s worth of work painfully squeezed into a few days to close the books refers to the final steps taken by a prisoner condemned to die. Company accountants can relate to this fate.

(Read More)
Welcome to the future of Finance