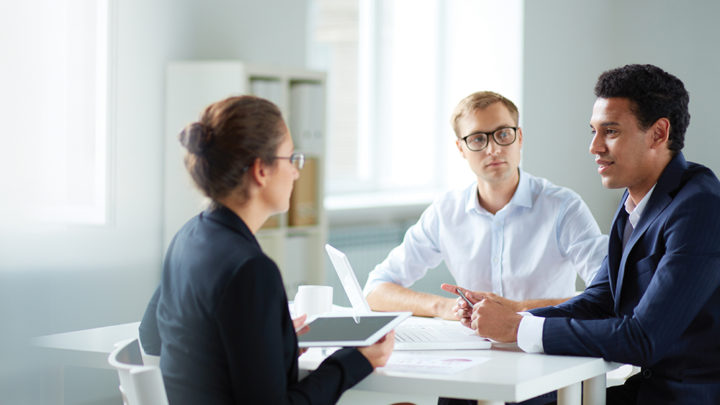 With more than 30 offices across the US, Nashville-based Vaco is one of the nation’s largest private accounting and finance consulting firms. It’s also one of the fastest-growing. The company’s sales grew 65 percent over the past three years, and 2016 marks the 10th consecutive year Vaco has been included with the Inc. 5000.

Although the company’s business covers everything from executive recruiting to project-based consulting and managed services, a significant portion of revenue comes from project-based F&A consulting. Much of this consulting includes helping clients learn about and work with BlackLine’s automation software.

Vaco’s director of strategic alliances Jerrad Hall sees accounting and finance experiencing a major shift in how they do their work. The good news is that they now have access to technology and processes that used to be the domain of large companies. The bad news is that they’re still being asked to do more with less by their bosses.

BLACKLINE MAGAZINE  How exactly does BlackLine fit with Vaco’s consulting?

JERRAD HALL  Our client base covers a pretty wide range, from $10 million in sales to well into the Fortune 500—actually, to the Fortune 10. BlackLine gives us an option that we can recommend to clients who need help getting their F&A processes in order or who want to take the next step toward a world-class finance function.

Clients often come to us with a variety of needs. Some are pretty complex, and others a little more straightforward.

They might say, ‘Hey, we have an account reconciliation problem.’ Now I can send an army of consultants out to eat the elephant one bite at a time, or I can recommend they take a look at BlackLine. Sometimes that’s enough—all they need is to be pointed in the right direction and they’re set. Other times they need to blow everything up and start over with a full-scale change-management or project-management program.

Either way, we recommend BlackLine for automation and, along with our expertise, we help them define and manage their new processes while driving out risk and increasing visibility and control.

BLACKLINE MAGAZINE  What do you see as the most likely F&A automation challenges for small and medium companies?

JERRAD HALL  First, they have to get away from the small company mindset that says they can’t have the same quality of F&A tools as their larger competitors. Big companies have always had access to big data, and they’re using that more and more to improve the quality of their analysis. But now smaller companies have access to the same analytical power, if they want it.

Often they come in with a pre-conceived notion that because they might be using a smaller-size ERP system, they’re still relegated to tier-two software. And this is no longer the case—at least not with BlackLine, thanks to its ability to scale.

Second, F&A departments are constantly being told to do more with less. Margins matter more than ever in today’s business climate, and no one is immune. That brings them to the need for efficiency, which leads them to automation and BlackLine.

Another challenge is finding people who can embrace new technologies and help others do the same. That’s where we can help too, because we know what skills to look for.

JERRAD HALL  Meaning analysis skills, and a desire and ability to engage with the business and its users. We’ve seen the finance function shift over the past decade or two from ‘keeping score’ to ‘adding value.’ F&A automation frees up people to put their time to better use by analyzing what the numbers mean, and how they relate to the business. It also says that more is expected of new accountants.

No longer will they accept showing up for work with a newly minted CPA and a college degree and then being relegated to spend their time stapling and copying papers. Also, businesses won’t accept analysis that says ‘Margins declined because revenues went down and cost went up.’ More depth and understanding is expected, and vital to a business today. We look for people who can understand how their work impacts the business and vice versa, and who can work creatively with business users to solve problems.

BLACKLINE MAGAZINE  What do you see going forward for automation? Smaller companies taking on more F&A technology from larger companies?

JERRAD HALL  Absolutely. Computer technology has always migrated down from the big companies. But this is a little different because the scope of the difference is so huge. Many companies are going all the way from paper to automation in one step, rather than going through a number of evolutionary cycles. So it can be a bit scary for some.

But for the mid-size company controller or CFO, the question is which is scarier, to automate or stick with the status quo? They’re getting plenty of pressure to tighten spending. But they’re also being asked to do more with less. That’s enough to make the stragglers decide that now’s the time to investigate what automation can do. If they don’t, their competitors will, and they’ll get left behind.