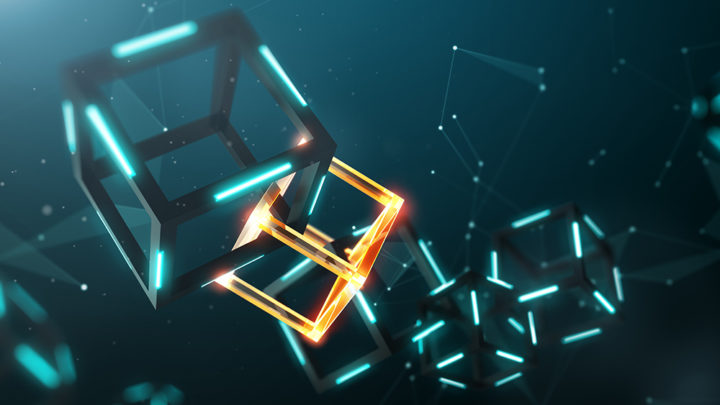 Having a hard time distinguishing noise from chaos with recent tech innovations? You’re not alone.

Technological advancements are progressing at an accelerating rate, and it can be hard to distinguish which are actually important when each one claims to be the next digital disruption.

However intimidating this onslaught may be, staying current with technology means staying relevant, and this extends across industries, including Finance Departments. While you don’t need to know about every “revolutionary” technology on the market, there are a few that demand attention because they’re going to influence accounting and finance sooner rather than later.

We’ve been extensively researching blockchain technology, from its roots as the immutable database for storing digital currency transactions to how this new technology is being applied in the finance world today.

We’ve whittled the deluge of available information down to the absolute need-to-knows – so you don’t have to.

Here are six things to get your Finance Department caught up.

Blockchain is a live network of distributed ledgers, and like all ledgers, it’s used to record and verify transactions. Because it’s distributed, every participant in the network owns a full copy of the ledger on their own computers.

One of the many advantages of this approach is that participants in the network don’t need to trust each other to know that the ledger is accurate, because it can be accessed, traced, and verified at any time by anyone who has the software.

And because this ledger is both live and the information on it is constantly viewable by all users, experts say it cannot be tampered with, exploited, or hacked.

In its simplest form, blockchain can be broken down into two main components.

The second is how information in a block is created or verified. Each block of information is encrypted and then inextricably linked (chained) to previous blocks of information once consensus among participating computers is reached. In order for a block to be accepted by the network, it needs to be validated through a mechanism of computational work, and the change must be verified by more than 50% of the computers. Once the validity of the new information is confirmed by the majority of computers, that block is saved as a new link in the ledger.

First, every transaction is masked by a system of irreversible computations, which protects the sender and receiver’s personal information. Then, the transactions are recorded and verified on the ledger.

A successful hack on the blockchain would require knowing the sender and receiver’s private information, then finding the block (in a long chain of blocks) where their transaction occurred. The hacker would then need to not only change the information of that block, but also alter all of the blocks that come after it (because the information is linked), all while convincing the computers in the network that your new version is the real ledger.

Some of the top benefits to blockchain are that it removes the need for intermediaries (the “middlemen”), and consolidates a sprawling, siloed technology infrastructure that’s so common in modern businesses, making inter-departmental collaboration much easier.

Plus, information is live, accurate, and easy to find — if you have access to it.

Some of the top challenges for blockchain are that while it’s a great resource for storing and sharing data, it struggles with high volumes or frequent processing, and is slower and more resource intensive than other forms of shared databases.

Additionally, to participate in a public blockchain network, the whole blockchain, the vast majority of which is information that does not pertain to you or your company, would be stored on your computer.

Finally, as a new technology, there is a lot of hype for businesses to adopt private blockchains, but the public blockchains have seen more successful adoption thus far.

A lot of money is currently invested in blockchain and there are many proof of concepts (PoCs), especially in the banking industry. According to Credit Suisse, the focus has been on automating operations processes and improving transparency to reduce the regulatory burden on the industry.

Blockchain technology could transform how financial transactions are recorded, reconciled, and reported. It also has the potential to increase security, offer automation, lower error rates, and significantly reduce costs.

However, it’s still a new technology. There will be a lot of progress made in the next several years regarding governance, standards, and how blockchain can fit into a company’s existing IT structure and culture.

Blockchain may not yet be enterprise-ready, but most large companies are investigating what this technology could do and some are undertaking PoCs Advancements in this technology are coming fast, especially with the collaboration Hyperledger, which is investigating the various ways that blockchain can benefit business and is supported by companies such as IBM, SAP, Cisco, and American Express.

While there are still many unknowns around blockchain, it is wise to begin exploring how this new technology can impact your company and investigate proof of value.

SAP has already started incorporating blockchain into their technology, and PwC recommends thinking of blockchain technology as “a type of next-generation business process improvement software.”

According to a survey by the World Economic Forum, respondents believe the adoption of blockchain technology will happen by 2023, but with the rate at which it’s growing, organizations could begin to feel the impact much sooner.

The full opportunities and limitations of blockchain are still being explored, and while it may or may not be the latest, greatest thing in tech, it does highlight and reinforce the Finance industry’s need for change — especially in regard to reliable information, accurate reports, and secure processes.

Read this blog to learn why you need to care about blockchain now, not later.