BeyondTheBlack is coming to EMEA & APAC!

Join us at our award-winning virtual conference, presented virtually over three exciting mornings in May. 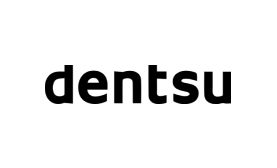 Part of the Dentsu Group, Dentsu International is made up of six leadership brands—Carat, dentsuX, iProspect, Isobar, Dentsu Mcgarrybowen, Merkle—and supported by its specialist brands. Dentsu International helps clients to win, keep, and grow their best customers and achieve meaningful progress for their businesses. With best-in-class services and solutions in media, CXM, and creative, Dentsu International operates in over 145 markets worldwide with more than 45,000 dedicated specialists.

A global organization with more than 11,000 clients and 46,000 employees, Dentsu International’s close process was complicated using 50 different ERPs across 64 countries. “We didn’t have a global standard for reconciliations,” says Paul Gordon, Group Finance Controller at Dentsu.

“Our accountants relied on multiple Excel spreadsheets. Each location had their own way of performing reconciliations.” The existing process also hampered visibility of month-end close activities and progress. “We wanted to increase transparency at the group level of country balance sheet reconciliations,” says Paul Gordon. “Better transparency would help us reduce balance sheet audit findings and reduce risk.”

While leadership recognised the need to establish a global standard, increase automation, and eliminate error-prone manual work, they also had realistic concerns about the technology challenges specific to Dentsu’s accounting complexity.

“There were questions about how to rapidly deploy a single instance across multiple markets. We had language constraints, local market nuances, and various unrelated Chart of Accounts across legal entities.”

After researching and testing several platforms, Dentsu selected BlackLine and rolled out Account Reconciliations and Task Management to Australia and Malaysia in 2015. In 2019, the company relaunched BlackLine as part of their Target System Architecture (TSA) and Finance, Improve, and Transformation (FIT) roadmap.

“The initial relaunch focused on implementing Account Reconciliation and Task Management in Australia and MENA countries as pilot markets,” says Paul Gordon. “The pilot included the selection of a partner (EY), revision of associated policies, the design of a D365 API, and extensive training.”

The pilot was highly successful, leading Dentsu to form their own internal deployment and BAU team to manage all future implementations.

“BlackLine provided great support in the beginning by recommending and vetting partners,” says Paul Gordon. “After that, we were able to roll out BlackLine relatively independently. Any questions we had were quickly answered via BlackLine’s ticketing portal.”

Most deployments occurred after March 2020, completed via fully virtual remote design and training sessions. Currently, BlackLine is rolled out to an additional five new countries every month, across a variety of ERPs, including SAP, DS1, AX, Spectre, Peprika, Marathon, Navision, NetSuite, SAGE, Symsys, and Advertmind.

“Ninety-one percent of entities in more than 64 countries are now operating within a live BlackLine environment,” says Paul Gordon. “We anticipate 100% percent of the business will use BlackLine by the end of Q1 2022”

“We now have more than 140k reconciliations being performed within BlackLine, recs that were previously performed in Excel in non-standardised formats. Eighty percent of our reconciliations are auto-certified,” says Paul Gordon.

“We have also reduced the total number of recs by using BlackLine to clean up underlying GLs, and we have consolidated all open items using the BlackLine import template. This saves us a lot of manual effort.”

Standardised reconciliations across 64 countries. The reconciliation process is now consistent across all Dentsu entities. “Our accountants rely on standardised templates within BlackLine,” says Paul Gordon.

“Any local deviations, exceptions, or changes in due dates and frequencies are managed with the help of account rules and settings modified within BlackLine itself.”

Increased visibility. With BlackLine, staff now have complete visibility into the close, a key factor in reducing hidden errors, mitigating risk, and reducing duplication of effort. “The greater visibility within BlackLine has helped us rationalise our chart of accounts,” says Paul Gordon. “We’ve reduced our number of accounts and suspended zero balance accounts in underlying ERPs.”

Simplified audits. Auditors have remote access to BlackLine, eliminating the need to share complex files or print out spreadsheets. “During the pandemic, this capability was instrumental in simplifying the review process in a remote environment,” says Paul Gordon.

Increased confidence in the books. Dentsu’s previous spreadsheet-driven close required tremendous manual work and increased the risk of error. “With BlackLine, we know that balances being reconciled are correct and largely automated with minimal manual intervention.”

Don’t take our word for it.Request a customer reference.