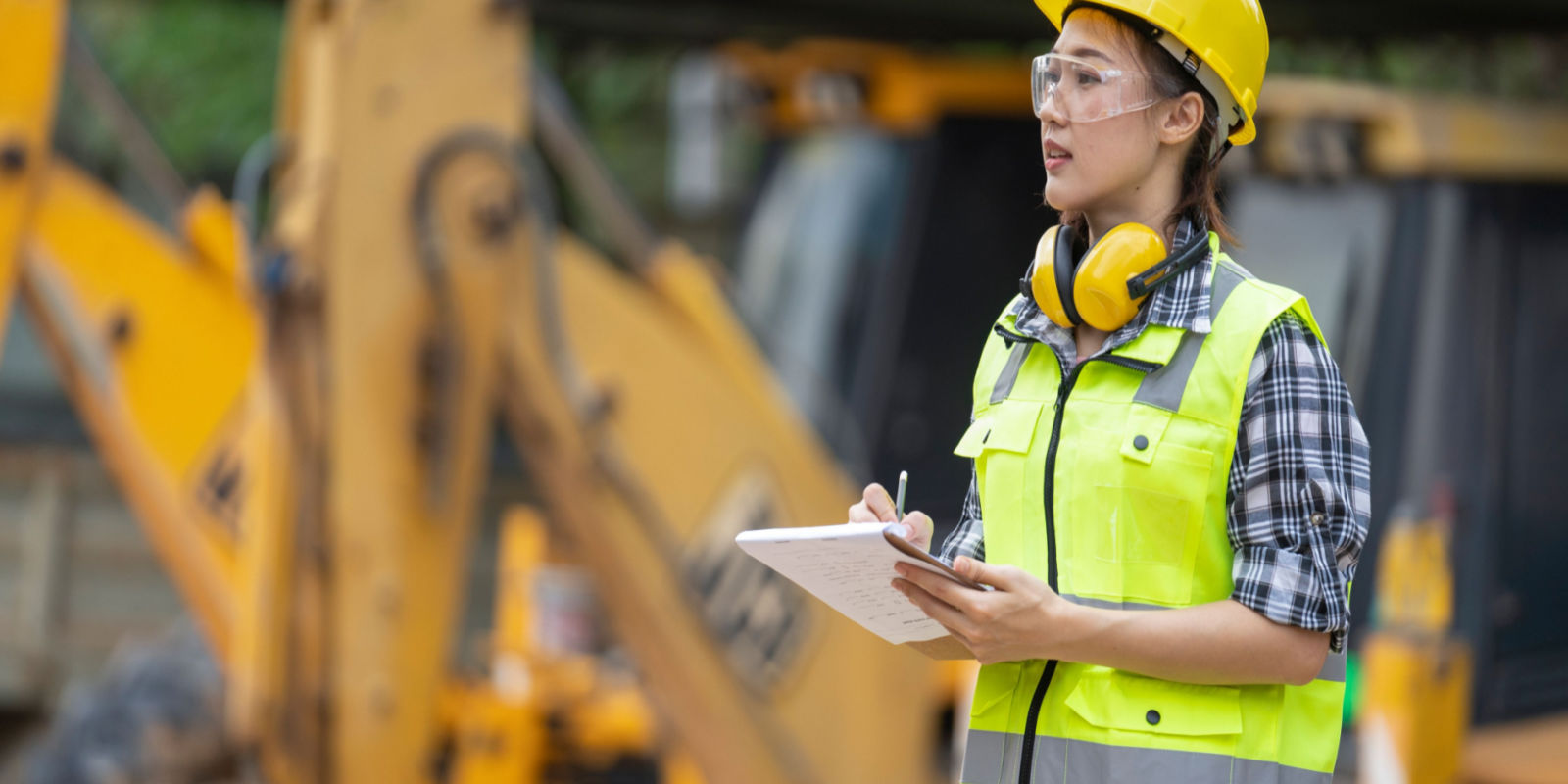 Walking onto the BlackLine Pleasanton office job site in Pleasanton, CA, you would never guess that women constitute a mere 10.9% of the entire U.S. construction workforce. The BlackLine project may likely be one of the first projects in the AEC (Architecture, Engineering, and Construction) industry where all leadership positions are female and key project providers are women-owned and led.

"It happened organically," says Project Manager Shevelle Baunach, a JLL project manager who represents BlackLine, the client that will move into the fifth floor of this 40-plus-year-old building. "Hiring an all-woman team was not a specific ask from BlackLine, but they did initiate a Diversity and Inclusion (D&I) focus at the beginning of the project."

About 20 women have roles on the project representing a multitude of disciplines:Webcor Construction, including Webcor Drywall and Webcor Carpentry; Jones Lang LaSalle, project management services;Crestmark, millwork;Quezada Architecture, woman and minority-owned design firm; Monticelli Painting; and Inside Source and The Collective, furniture dealers.

Among the team leaders is Webcor Superintendent Maria Damas, who sees clear advantages to an all-woman team. "Women bring different types of qualities to anything we do," she says. "We tend to be multitaskers by nature, so we're able to handle multiple things at the same time." 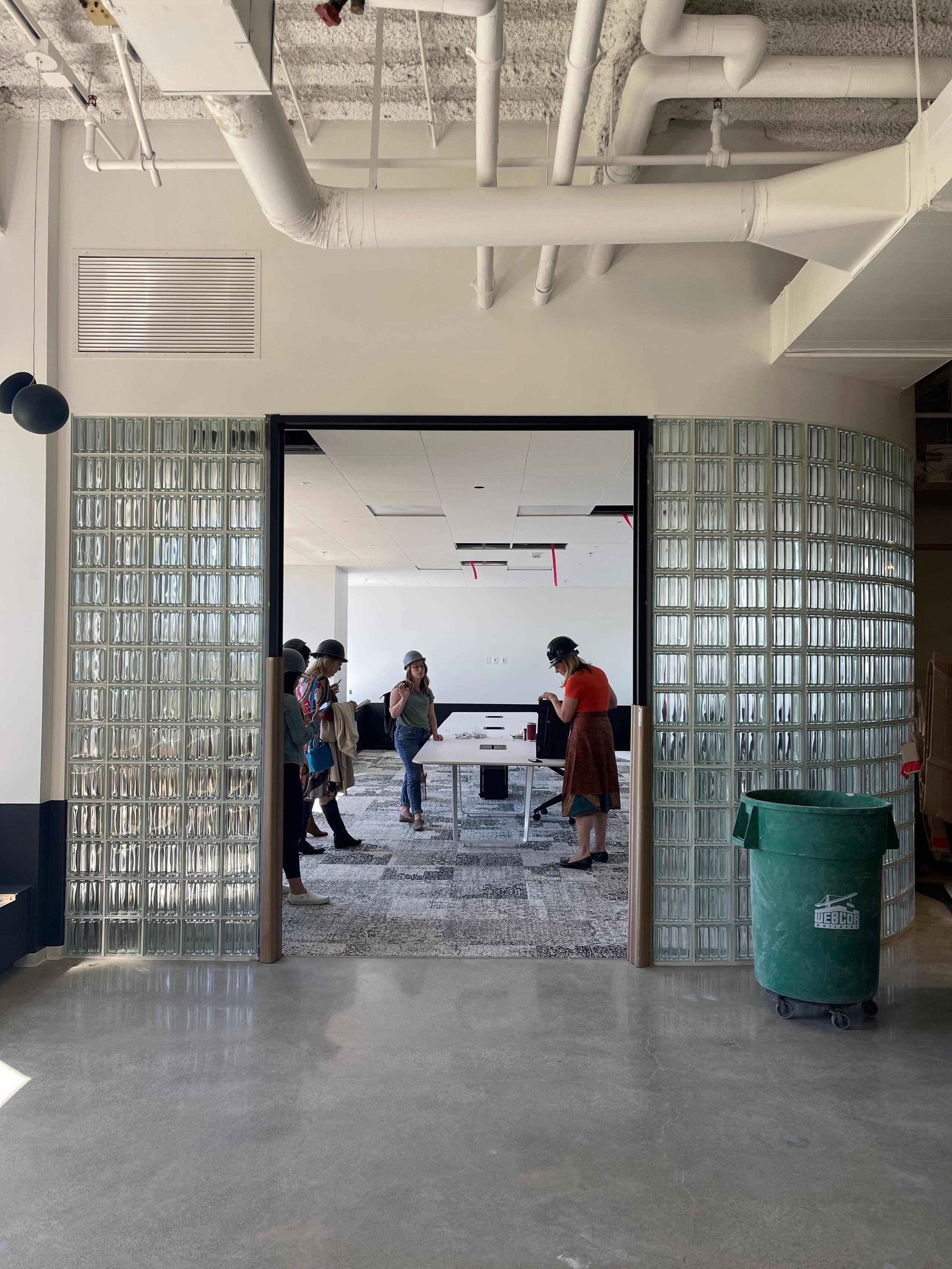 A visit to the 18,454 square foot project finds Webcor's inclusive values on full display. The workspace is spacious, allowing for room between construction operations while still creating a cohesive community and reinforcing safety and security. "It's a comfortable workspace with this team of women working to keep everyone involved," Maria says. "It's easier to express ourselves."

That has helped with challenges the team has faced on the project, including timely permit approvals and supply chain issues. "Gender hasn't played a part in resolving these issues since they're basically out of our control," Maria explains. "But what I have noticed is that, perhaps, because the lead roles are done by females, we tend to be detail-oriented. A lot gets covered in our weekly project walks."

Other challenges have included everything from pricing changes to labor shortages, according to Ray Montalvo, BlackLine's Vice President of Real Estate and Workplace. "This project has definitely put everyone on the team to the task," he says. "Everyone in the room is making it happen."

The perspective women bring to a project impresses Rob Volpentest, Webcor’s Vice President of Tenant Improvement, the most. He notes that his sister worked in construction and rose to the level of project manager. "The presence of women in this industry has made it more grown-up," he says. "When I came into the industry, it was dominated by men. It's great to see the industry mature as more and more women join. I can't wait until we've achieved equity and work in an industry that’s represented by men and women equally."

BlackLine’s initial D&I focus enabled JLL and Quezada Architecture to tip the scale, Ray says. The search for a builder started with identifying the top professionals with solid experience, Ray recalls, but BlackLine also looks carefully at D&I credentials. It was only after the project was underway, though, that Shevelle pointed out to him that something interesting was happening.

"When I sat back and thought about it, I realized what a great achievement we've already had on this project, and it's not even finished yet," he says. "It makes me so proud to be part of BlackLine – not because we're directly responsible for the individuals on the project leadership team who navigated their careers to get to this point, but because our focus on D&I and our project enabled this to happen.

"I can't be anything but excited about the team and the project," he adds, noting that he shared the achievement with BlackLine leaders. "I told them that there will be a day when an all-female construction project team is no longer an exception, no longer an oddity. Everyone here is proud to be part of the beginning of the end of this being an exception."

JLL Managing Director Julie Hyson echoes Ray’s sentiment. “I hope this inspires our clients and industry partners to follow suit with a similar focus on inclusion. If you intentionally build diverse teams and invest in inclusivity, you'll be surprised by the benefits in retention, growth, creativity, and innovation.”

As for Webcor’s Maria Damas, her primary goal is to work on great projects regardless of the gender mix, but she would be thrilled to see more female-led projects. "Just having more women in construction has the potential to expand the number of women interested in this work," she says.

Learn more about BlackLine or view our open positions, including those at the Pleasanton, CA, office.