Why Large Companies Are Moving to the Cloud 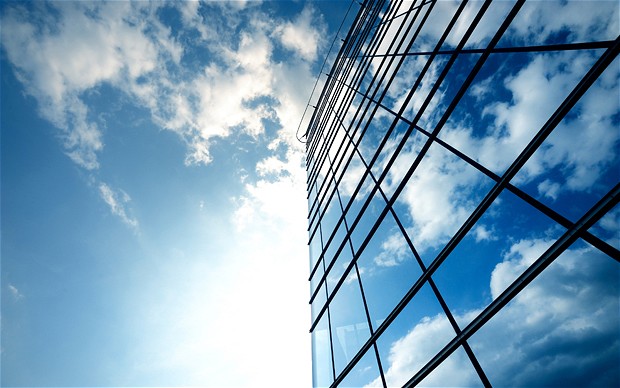 Most finance professionals acknowledge the inevitability of moving to the cloud. For most, it’s just a question of when, the type of cloud (private, public or hybrid) and the method of migration.  But not all segments of the market are moving at the same pace.  Indeed there are signs that the market is bifurcating.

One the one hand are SME’s with less than 1,000 employees, which unencumbered by legacy technology, are moving rapidly to the cloud to take advantage of the convenience of having a third party run their IT and the promise of lower cost.  On the other hand are larger companies who are motivated to move to the cloud by a different set of advantages. (Stuck in the middle are mid-sized enterprises who are handicapped by the twin perils of complex infrastructures and lack of resources to do anything about it).

For large companies (>5,000 employees) the motives for moving to the cloud are somewhat different from the rest of the market.  In the main, they have dedicated in-house IT resources and with large IT budgets can consider a variety of cloud and non-cloud strategies. But it is the so-called “agility” of the cloud that appears to be the decisive factor. It’s a view supported by a late 2014 study by IDG (quoted in Forbes), which says that the ability to get up and running quickly with cloud-based applications (39%) is the most popular reason why enterprises are transitioning to the cloud.

A Harvard Business Review analytic services survey, in March 2014, found that 54% of respondents in $5billion turnover businesses reported that cloud technology had transformed their organizations. Businesses that are globally deployed can use the immediacy of the cloud (the ability to switch it on or off) and its scalability (the ability to upsize or downsize on-demand) to support rapid operational or even strategic change.

Large companies are not accustomed to being able to move quickly.  In the past, they have been dragged down by immovable and inflexible IT infrastructures.  But the cloud has given them a new lease of life and a nimbleness that one normally associates with ambitious start-ups.

For example, cloud-based performance management applications allow them to roll out, say, a financial close solution to a new acquisition in a matter of days without having to order new hardware or take IT resources away from other projects. Similarly, cloud-based systems can be rapidly deployed to support reorganizations or newly established operations in emerging markets.

A June 2014 Report by The Aberdeen Group “Cloud Analytics for the Larger Enterprise” points to the speed of information delivery in the cloud as a major advantage. For example, cloud-enterprises, are 58% more likely than other enterprises to be satisfied with the speed of information delivery.  And although cloud adoption of financial applications has historically lagged behind sales and marketing applications in the cloud another 2014 study, “Empowering the Modern Finance Function” by Longitude Research, found that only 17% of large enterprises did not anticipate using the cloud for the close process with 29% already cloud-based and the rest anticipating moving to the cloud over the next 2 years, with only 10% taking 5 or more years.

By contrast, 31% of large enterprises do not intend to move their ERP into the cloud.  Large companies have every incentive to move to the cloud but it seems that they will ‘cherry-pick’ which applications to deploy – not just move for the sake of it. And for the moment, the body of research suggests it is highly collaborative applications such as financial close and budgeting that will benefit the most from being positioned in the cloud.