The Strategic 5-Year Plan Is Dead 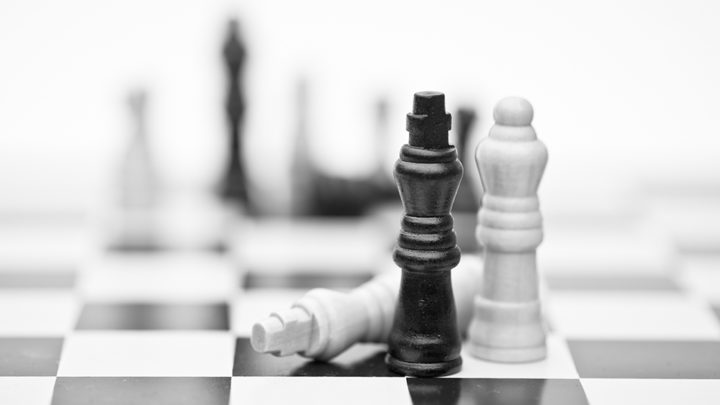 Strategic planning has long been considered the key to achieving big goals. But organizations are starting to question its value as their long-term plans are outdated well before they’ve reached completion.

This is proving to be particularly problematic in high-tech sectors, and without a strategic plan, companies risk falling short of achieving their goals.

Leading companies are able to anticipate change and position themselves appropriately. They have clear plans that allow them to rapidly achieve their goals and set the pace for the industry.

But how do they do it, and how can you bring their strategy to your organization?

Can you imagine the business world without strategic plans? Of course not.

The strategic plan, military in origin, has been in the business world since the end of WWII. And while strategic planning lead to great success in business from the fifties through the eighties, the nineties brought the rise of technology and increased globalization.

While in the past, data was hard to acquire, today it’s reliable and easy to access. Last century communication was slow and jumbled, and now it’s constant.

The world has once again changed and the future can’t be predicted based on the past. The future we face is incredibly different and as a result, the static strategic plan is dead.

However, as leading strategic Roger Martin said, “We can’t use uncertainty as an excuse to put off making strategic choices.” While the strategic plan was vital to a business during the last century, today’s turbulent environment makes it essential to know how to balance strategy with agility.

Leading companies are able to think strategically, innovate, and be adaptive. These characteristics keep them moving forward as they execute their plans, helping them learn from the results so they can do more of what’s working.

So, if making a five-year plan is a waste of time, how do these organizations create and follow through with their strategies?

Rather than focusing on what results will be achieved at the end of a five-year timeline, many companies are now focusing on a direction and working toward it by adopting short-term initiatives.

These initiatives normally last around six to twelve months, which allows experimentation across different initiatives. It also helps prevent your company from being blind-sided by sways in the industry or new technology.

This type of planning is agile enough so that if an initiative isn’t a huge success, there’s less cost in those mistakes and less lost morale. Plans like this, such as the “Zoom In Zoom Out” strategy process by Deloitte, emphasize a focus on 10 to 20-year plans that incorporate many short initiatives.

These plans offer flexible guidelines that allow companies to adapt their plans as needed, as the future changes.

Planning for a Decade

A 10 to 20-year plan allows companies to explore the limits of what’s possible and determine what will be important in the future. Once that future is envisioned, the company relies on those shorter initiatives to bring overall success.

An example of the zoom in zoom out strategy in action, as explained by John Hagel III, Deloitte Center for The Edge cofounder, comes from Bill Gates. When creating Microsoft, Gates started with a very high-level view of the future.

It isn’t only legends who make use of this zoom in zoom out strategy. Many businesses have been adopting this process to give them the flexibility they need for preparing for the future.

In the next blog, Rob van der Wijngaard from the University of Leiden will guide us through how he’s applied Deloitte’s “Zoom In Zoom Out” strategy to bring industry-leading finance initiatives to his shared service center.