Life at BlackLine with Khajag Basmajian 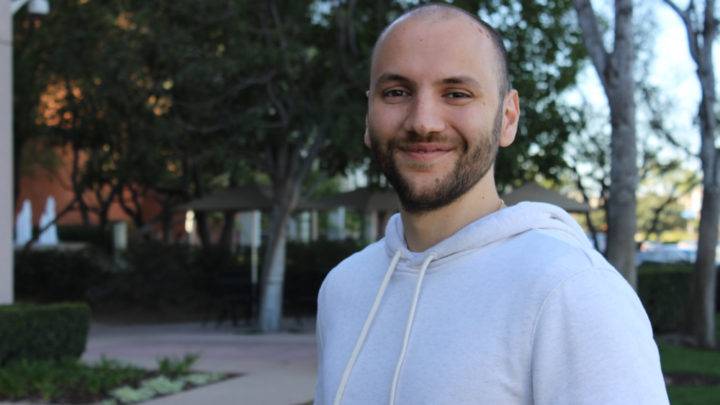 Khajag Basmajian is a QA Engineer at BlackLine. He works on testing and reporting for BlackLine products, and creates automated tests for the reporting feature.

He’s only been with BlackLine for six months, but has already become good friends with his teammates.

BlackLine Magazine sat down with Khajag to discuss his experience at BlackLine so far.

BlackLine Magazine: How did you get your start in tech?

Khajag: I worked at an online bank as an intern. Once I graduated, I went back working as a QA and then came here to BlackLine. I also have a greenbelt in Six Sigma.

BlackLine Magazine: What attracted you to BlackLine?

Khajag: The distance from my house, initially. Then I started reading up on the company and saw that all of the Software Engineers say it’s an amazing place to be. We are always working but it’s not super stressful, and there’s no micro managing. You’re never bored, but you’re never stressed.

BlackLine Magazine: What are you currently working on?

Khajag: We have a bunch of reports that clients can run, and to manually check these results would take too long. I’m working on the script that would verify it automatically.

BlackLine Magazine: What has been your favorite project to work on?

BlackLine Magazine: What is your favorite BlackLine memory?

Khajag: It’s tough, but I would have to say just hanging out with the guys on the reporting team. I really enjoy my teammates. I’ve become really good friends with most of them even though I‘ve only been here for a short while.

BlackLine Magazine: Would you recommend BlackLine to a friend?

Khajag: Definitely. I am actually trying to get one of my friends who just graduated to apply!

BlackLine Magazine: What about BlackLine do you recommend?

Khajag: On the QA side, we’re still building things. At my recent job, everything was already set and I didn’t really learn much. Here, I’m learning a lot of things from scratch.

Khajag: The product itself. Learning accounting and the product and getting to build things from scratch is what sets BlackLine apart for me.

Interested in joining our team? Head over to our careers page to learn more about how you can build a career with BlackLine.