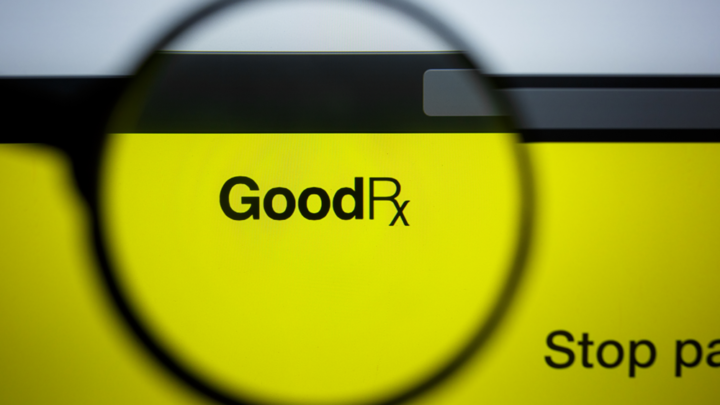 More than 10 million Americans trust GoodRx to help them find better information and prices every month, all through a medical application. Since 2011, GoodRx has helped people save more than $14 billion in prescription drug expenses.

By collecting prices and discounts from more than 70,000 US pharmacies, GoodRx helps make healthcare more affordable and accessible.

Founded in 2011, GoodRx is growing rapidly and expanding into new business lines. For the Accounting team, this expansion put a spotlight on the company’s legacy reconciliation process. While a web-based project management tool was used to organize the close, reconciliations were still handled manually.

“We would upload Excel spreadsheets to shared drives and then tie-out balance sheet accounts at the end of the month. This was a time-consuming process,” said Milton Massery, director of Accounting at GoodRx.

“Version control was a long process, and it took a lot of work to get the final copy of any reconciliation. There were few controls on close checklists, so items would have to get double checked to make sure they were not edited or deleted by mistake.”

“We learned that most platforms didn’t have all the features and functionalities of BlackLine,” says Massery. “We did look closely at a smaller system, but the team didn’t think it was professional enough, and unlike BlackLine, it wasn’t easily scalable.”

Throughout GoodRx’s two-month implementation, BlackLine provided comprehensive guidance and training. “I have done a few IT implementations in my career, and they are usually all over the place. The BlackLine implementation was different,” says Massery.

“It was highly organized. We had a project plan, a clear timeline, and regular meetings every week. Our consultant was very proactive and made sure we submitted everything on time.”

For Massery, linking BlackLine with NetSuite was “pain free,” a surprise considering his past experiences with system integrations.

“Previously, I’ve had a lot of problems linking up systems. Data wouldn’t flow through or records would get lost. But the integration between NetSuite and BlackLine was really clean from the start. And IT’s commitment was minimal, maybe two hours. They felt great about it because they didn’t have to be heavily involved.”

Improved efficiency. Massery says he “can’t imagine” not having BlackLine.

“BlackLine is much more efficient and accurate. I have been in organizations where they are still doing a manual close. It wastes a lot of hours because you have to go through so many drafts of financials and tie outs. I tell everyone that BlackLine will save them so much time.”

Because of BlackLine, Massery also spends fewer hours in meetings. “I had a former client who held three close status meetings a day. Once in the morning, once in the afternoon, and once in the evening. I don’t have to do that because I can see everyone’s close progress in BlackLine at any time.”

“Before BlackLine, we would have to double-check dormant accounts to make sure they had no activity,” says Massery. “Now, dormant accounts are just auto-certified in BlackLine. As a result, we’re spending 25-30% less time on them.”

“BlackLine helped improve our accuracy. There are no more version control problems. And we have separate preparers and reviewers,” says Massery.

“I have a lot more confidence in the numbers now. Organizations today definitely need a reconciliation tool if they want to have a robust financial reporting accounting function.”

Improved visibility and accountability. Prior to BlackLine, Massery had little visibility into the close progress.

“I could see that people had signed off on tasks, but it was hard to check if a number changed afterwards. With BlackLine, I can see that somebody has actually tied the balance, and no one has booked a journal entry since then. If someone does book a late journal entry or a post-closing entry, we get alerted right away.”

“When your company is expanding into new business lines, but you are still trying to do things manually with shared Excel sheets, it just doesn’t scale,” says Massery.

Managed platform with minimal IT support. As BlackLine administration is managed by the Accounting team, the burden on GoodRx’s IT team is minimal.

“You don’t need an IT person to maintain BlackLine,” says Massery. “Our accounting team can do monthly maintenance and quarterly and annual clean ups.”

Want to save this success story to refer to later? You can download it here.