How 3 Visionaries Came Together to Achieve a More Efficient Close 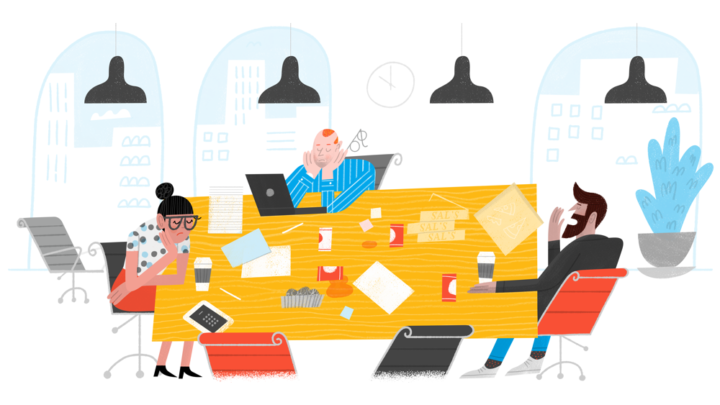 These are the first two chapters of a story of three visionaries who came together to achieve a fast and efficient virtual close. The characters are fictional, but the many companies that are on this journey are not.

Connie had been a controller for almost a decade, and while she loved her job, the close never got any easier.

She had done the math: a decade in Accounting meant 120 closes. At 15 days a close, that was 1,800 days—nearly 5 years!—spent working late in the office and tossing and turning over journal approvals.

The newest accountant on the team, Vinny, commented “That was brutal. I’ve never seen so many spreadsheets in my entire life.”

Connie smiled. “And that was an easy month. Right, Morris?” She turned to a man in glasses, still hunched over his close binder, triple-checking numbers.

He looked up, bleary-eyed. “What? Oh. Yes. This was nothing. Last year we stayed late so many days that Sal already knew our order when we called. I didn’t make it home before 10 pm for an entire week. You know how it is.”

Vinny paused, “Not really. I’ve been in Accounting for almost seven years, but I know it doesn’t have to be like this.”

Despite her fatigue, Connie perked up. “What do you mean?”

Morris looked skeptical. He’d been an accountant for a long time and was the first to admit that the close was time-consuming. But he didn’t trust that there was an adequate substitute for hands-on work. Making sure the numbers were right took time and a human eye.

“I was really fortunate. Closing the books at my last company was nothing like this. I only stayed late from time to time and I could get my close tasks done from anywhere. Even when I needed to put in extra hours, I could do it from home. That’s because we used BlackLine.”

The Status Quo: We’ve Always Done It This Way

Connie had heard about BlackLine, but this was the first time she had someone on her team who’d actually used it. “I’ve never thought BlackLine could work for us here. But maybe it could save us some time.”

Morris shook his head. “I would never trust that the books were correct. I like to get my hands dirty—I want to see the spreadsheet, the numbers, right in front of me.”

“We saw everything with BlackLine,” said Vinny. “And nobody stayed late.”

“But we’ve never had a restatement or even a significant deficiency from our auditors. I don’t see the issue,” Morris countered.

Our processes are the problem, thought Connie. The company had grown rapidly in the past few years, but their close process had never changed. Doing things manually was becoming unsustainable.

Connie knew there would come a day when, no matter how hard they tried or how late they stayed the close wouldn’t—couldn’t—be done on time. “Morris, we have a great team. But can you honestly say that you trust everybody’s numbers, especially when it’s day 10 and we’ve stayed late all week?”
‍
Morris crossed his arms. “I hate risk. Using some big system instead of the human brain? That doesn’t seem smart. I’ve been in Accounting for 20 years. We’ve always done it this way because it’s always worked. Who can argue with that?”

Connie noticed Morris hadn’t answered her question. “From what I know of BlackLine, you’d still be using your brain.” She smiled. “I hate wasting our talent on manual work. Our team could be focusing on more important things than ticking and tying and hole punching checklists for storage in binders.”

“That’s why I loved BlackLine,” said Vinny. “At my old company, we implemented their Modern Accounting Playbook. It helped us automatically reconcile 92% of transactions so that our team could focus on the exceptions. It saved us a lot of time.” He studied Morris, who still seemed uncomfortable. “What would change your mind?”

Curious about whether Vinny can give Morris the proof he needs? Read the full story here.