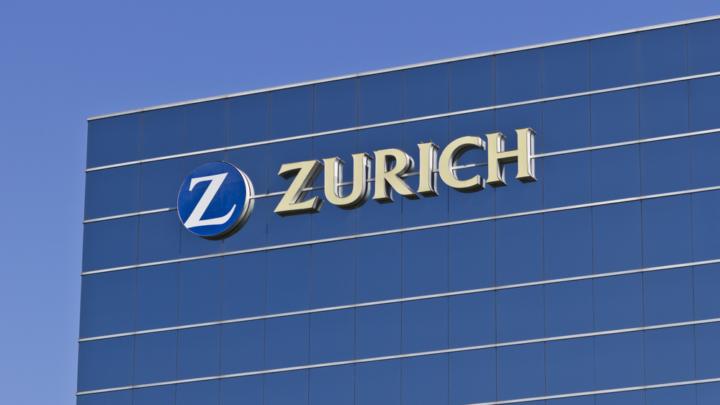 For most companies running SAP, a move to SAP S/4HANA is either on the radar or already in process. In fact, in the ASUG Pulse of the SAP customer 2020 survey results, 100% of respondents in North America indicated that they plan to move to SAP S/4HANA or are already actively transitioning.

This means that, whether now or in the future, transformation projects are still happening and companies running SAP should be thinking about how they can prepare.

For accounting and finance teams, a transformation like a move to SAP S/4HANA can be overwhelming and difficult to resource as they are typically tied up with closing the books. They’re also often burdened with a manual close process that takes up the majority of their time, and limits their ability to participate in strategic initiatives.

Accounting leadership often wonders how and when they should think about transforming the close in relationship to the SAP S/4HANA move initiative. BlackLine is working with over 700 customers running SAP, and many of them credit BlackLine with helping them move quicker and with greater confidence and control.

Zurich North America recently credited BlackLine with some of its success, citing several reasons why BlackLine made their project a successful one, finishing on time and on budget.

In this success story, you’ll hear from Zurich North America leadership about how BlackLine ensured a successful transition and helped complement SAP S/4HANA before, during, and after the move.

Zurich North America is one of the largest providers of insurance solutions and services to businesses and individuals. Customers represent industries ranging from agriculture to construction and include more than 90% of the Fortune 500.

The company has backed the building of some of the most recognizable structures in North America, from the Hoover Dam to the Confederation Bridge.

Migrating to a new ERP platform is a significant undertaking that often takes years. Yet organizations still need to maintain control and compliance during this transformation period, and increasing efficiency is key to managing cost. This is especially the case for organizations facing new regulatory changes, such as new accounting pronouncements.

Insurance organizations reporting under IFRS must adopt IFRS17, the new international financial reporting standard for insurance contracts, by January 2023. For Zurich North America, this meant a need for parallel ledgers and parallel reporting during the transition and preparation for IFRS17, and prompted the decision to move from a legacy SAP environment to SAP S/4HANA.

Zurich is constantly challenging the status quo and searching for innovative ways to gain efficiencies without compromising accuracy or compliance. In the search for a solution, the company engaged a third-party consultant and also reached out to other organizations going through the same transition or in a similar situation.

“None of the suggested solutions were acceptable on our end,” says Tramp. “Each option still increased either the work or maintenance required of our accounting workforce for the foreseeable future. I kept thinking there had to be a better way.”

Zurich had implemented several BlackLine solutions in 2011 to manage the financial close around the globe, while addressing regional requirements. With its initial implementation of BlackLine, Zurich North America was able to strengthen controls and improve visibility across the 170 entities that exist in its environment.

“Before BlackLine, account reconciliations were a very cumbersome process,” says Tramp. “BlackLine definitely helped us improve our controls, not just with reconciliations, but also in the whole close management process. We thought it could help us do the same during the move to SAP S/4HANA.”

Because BlackLine was already a trusted, user-friendly, and agile solution for Zurich, leadership supported the decision to use additional BlackLine functionality to support the ERP transition, along with other use cases.

During the transition to SAP S/4HANA, Zurich North America used BlackLine as a control center and automation solution to reduce staff workload. With the assistance of advisors at BlackLine, Tramp and his team were able to map legacy account structures to the new, creating consistency and maintaining history—including policies and procedures—across systems.

“That was one of our big concerns about the entire transition, having to rework and reenter data in BlackLine. But there really wasn’t rework. We maintained our historical reconciliations and purposes and procedures,” says Tramp.

“It really was an efficient way of migrating from our previous environment into the new environment and keeping our reconciliations intact.”

Transitioned to S/4HANA in two years, on budget, and on time. Transitioning to SAP S/4HANA required a team of dedicated professionals, including Tramp and other Zurich North America finance and IT staff, SAP, BlackLine, and other consulting and IT service providers.

“It only took us two years to implement SAP S/4HANA at Zurich. That’s pretty rapid. BlackLine definitely made the project better, more manageable, and efficient,” says Tramp. “I would recommend implementing BlackLine before you move to S/4HANA. BlackLine will be a great help with your control environment, as well as validating the results of account balances that you’re migrating from the old ledger to the new.”

Automated 98% of reconciliations in the three non-leading ledgers. For many organizations, transitioning to a new platform and adjusting to new policies and regulations can, in some situations, significantly increase workloads for years as staff tries to maintain parallel ledgers.

Yet, “we were able to automate 98% of reconciliations while managing multiple non-leading parallel ledgers,” adds Tramp.

Maintained continuity and transparency between legacy and new systems—without additional data entry or rework. One of the challenges of transitioning to SAP S/4HANA or any new system is maintaining consistency and history.

With BlackLine functioning as a control center, Zurich now has instant access to all prior period reconciliations and historical information, even if the account number or other master data has changed.

This accessibility played a key role in maintaining compliance during the transition to SAP S/4HANA. “BlackLine served as a source of confidence and continuity during a period of change,” says Tramp. “And our auditors love it.”

Just as critically, Zurich achieved this continuity between systems without any additional data entry or rework, thereby saving the team tremendous time. “We didn’t have to do everything manually. And the connection between old and new gives us immense comfort.”

Prepared for growth and enabled increased efficiency. Now that Zurich North America is live on SAP S/4HANA, Tramp and his team are excited about expanding their BlackLine capabilities beyond reconciliations.

“BlackLine’s Transaction Matching has been on our radar for years,” says Tramp. “We’ve always seen the benefit of automating matching activities, but we had to first prioritize the ERP implementation. Now that we’re live on SAP S/4HANA, we’re on the ‘matching’ march!”

Visit this page next to access more resources for SAP customers, including an interview with Zurich’s Doug Tramp and BlackLine CEO Therese Tucker.