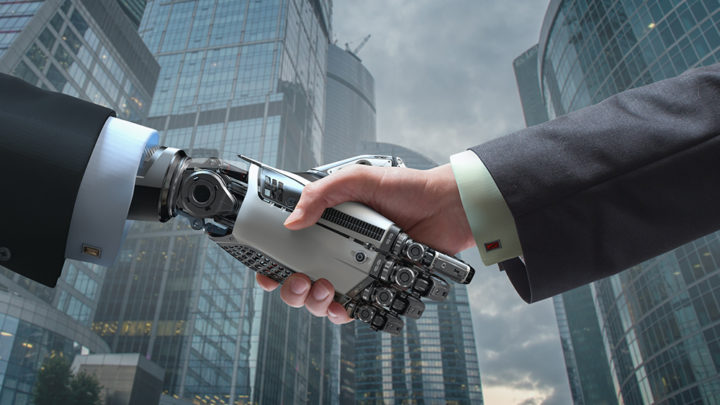 While many are discussing the impact of AI on businesses, and the subsequent perceived impact on jobs, are accountants just as fearful as others or are they embracing the change?

In an industry where risk and change are often not considered a friend due to the heavily regulated marketplace, it would be easy to believe that accountants were resistant to the impending march of AI. That assumption, however, would be incorrect.

We recently undertook research across the UK, US, France, Germany, and Australia which showed that, although AI technology is still in its relative infancy, a significant portion of finance departments are already beginning to make it a central aspect of their financial processes. In fact, a third are already using AI software in their day-to-day operations. And only 6% of respondents felt that AI should not have a role to play in their finance department in the next 10 years.

This prominence will only increase with support coming from the top, as almost nine in ten (88%) of CFOs agree that it will hold a significant role in finance over the next ten years. In fact, 42% of CFOs see AI as the technology that will have the greatest impact on accounting in the next five years.

When asked about the more immediate future, when it came to companies yet to utilise AI, the research also highlights a distinct divide in attitudes to upcoming AI implementation. For instance, 20% of respondents in the UK and 18% in the US have no plans to implement AI in their organisation during the next year. This number falls significantly in Germany (10%) and France (6%), suggesting a generally more optimistic view on the maturity of AI technology from businesses in these two nations.

There was also a country divide when it came to how integral AI will become, and the roles and responsibilities it will hold. Forty-six percent of French respondents agree that AI will be making strategic financial decisions in the next 10 years. This falls to 35% in Germany and even further in the UK, to 31%. The most cynical are US accountants, with only 24% agreeing that AI will play a key role.

Where Does the Buck Stop?

Just as the debate about the decisions autonomous cars make and the impact on passengers versus other road users and pedestrians is gathering pace, those in the finance department are also undecided on who should take responsibility if an AI decision leads to a mistake.

Forty-three percent of CFOs believe that CFOs or Financial Controllers should be most liable if AI were to make a decision that resulted in regulatory non-compliance, a fine, or a fall in stock price, while accountants and Financial Directors are less sure.

Overall, 23% of all respondents thought the CFO or Financial Controller should be liable, 19% put this responsibility on the CEO, and 14% decided this should fall on the AI’s developer. Australia is the only market where the CFO was not the person deemed most liable. Australian respondents said that blame should be shared across the accounting department (19%).

As the research shows, there is still much debate on the role of AI in the finance department. However, one thing is clear: it does have a role to play in the future of finance. With many already using some form of AI software, this future is not as far flung as you may think.