'Accounting Robots' Line up to Help the Financial Close 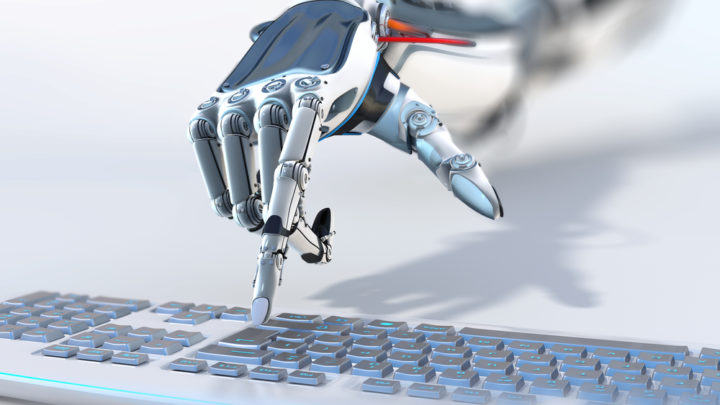 Several recent surveys point to the importance of process automation.  A Deloitte study1 asserts that increasing automation is the second most important strategic priority for shared services leaders and a separate McKinsey study2 puts “automation” in the top six priorities of the C-Suite. In fact, 34% rated it as their first, second or third choice.

But even though “automation” is taking up a fair degree of executive mind-share at the moment there is little agreement about what counts as automation or the how the nascent field of ‘accounting robotics’ fits in or differs.

The financial close process has become progressively automated over more than three decades.  This steady kind of automation has been characterised by displacing manual tasks with process support where none existed before. Indeed, task management itself has become automated, leaving behind spreadsheet ‘to do’ lists in its wake.  In fact, most of the automation over the last 30 years has been around the eradication of spreadsheets which were formerly used for, say, data capture, consolidation, and reporting.

The advent of centralised systems (first on-premise and now cloud-based) have transformed the process of data collection allowing monthly balances to be harvested via automatic interfaces with ERP systems.  More recently, automated process support in the cloud, for example, the BlackLine Intercompany Hub, has enabled collaboration around the agreement of intercompany balances.

However, collaborative processes, by their very nature involve human intervention. Now we are entering a new era in which automation involves very little human interaction and in the case of accounting robots, perhaps none at all. And whereas, automation was initially motivated by the need for efficiency and speed, the move to robotics is much more about saving manpower, particularly in offshore shared service centres that are concerned about being locked into fixed long-term contracts with rapidly rising labour costs.

But what exactly is an Accounting Robot?

Definitions are varied but a simple rule of thumb is “Programmes that replace humans performing repetitive rules-based tasks1”. Under this definition, robotics is already starting to make an impact.

For example, BlackLine Reconciliation Management enables a whole swathe of reconciliation tasks to be conducted without any human intervention, including (but not limited to) automatic matching of thousands of transactions against a complex battery of rules based on risk, values, size of difference and so on. And this is just the start.

There is scope for much the same around intercompany matching with items that are unmatched being escalated via automated workflow under the control of an accounting robot.

Of course, not all roles and activities can be ceded to a robot. Estimates vary but Deloitte believes that as much as 56% of roles in the typical UK finance function could be automated by robots. But it’s early days.

Only 13% of shared services centres say they will invest in robotics in 2016 and robotics awareness is fairly low – 35% say they have researched and read up about it1.

Furthermore, of those willing to invest in robotics only 18% plan to do it in the area of financial reporting, perhaps reflecting the need for more professional judgment in this process. Robots could take over the menial repetitive work in the record-to-report process but highly skilled knowledge workers will still be needed.