A Formula for Giving Back – and Getting Back 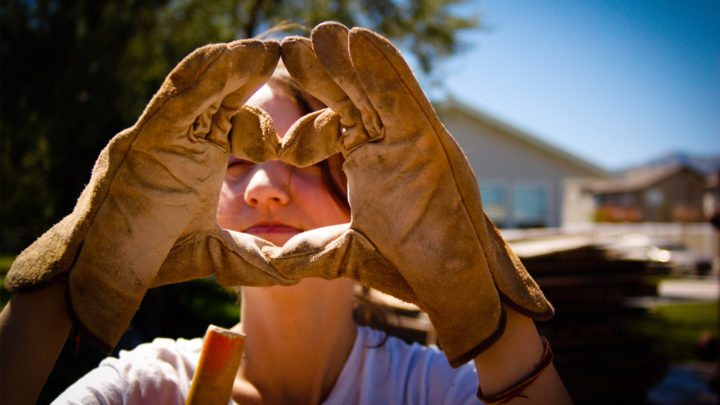 Diane Romualdez is BlackLine’s director of corporate events. At any given moment she’s watching over trade shows, seminars, conferences and other events. She estimates that her group handles about 200 events in a year. And the number keeps growing.

Chief among her responsibilities is arranging for BlackLine’s annual user conference, and an important aspect of each conference is organizing a company tradition called Giving Back Day. The first Giving Back Day took place in 2010, when BlackLine volunteers joined volunteers from BlackLine customers to work with Habitat for Humanity in rebuilding homes damaged by Hurricane Katrina. Romualdez joined the company the following year, and since then her group has organized projects in San Francisco, Los Angeles and Chicago.

BlackLine Magazine: It’s great when companies donate resources to the community. How did BlackLine go about choosing to do it in this way?

Romualdez: It’s something close to Therese’s heart. She’s a regular benefactor to nonprofits, with a focus mainly on homelessness and families – particularly women and children. She gives back personally quite a bit. I think it’s something she’s wanted to build into the culture at BlackLine. And she was somewhat inspired by the need for help following Katrina.

BlackLine Magazine: How do you go about organizing a community project?

Romualdez: At the time we open up the conference registration we also create an option for people to join us for Giving Back Day. We typically get 100 to 125 volunteers; most are employees, but usually 20-or-so non-employees join us.

To make the most of the event I try to arrange for at least two half-day projects – the program started with just Habit for Humanity, but now that we’ve grown we work on two projects for each conference. A project might go from seven in the morning to two or three in the afternoon. And we try to strike a balance to appeal to different people. There might be some heavier work, like framing houses or banging nails, and some lighter work like putting hygiene kits together.

Mainly we want to make the day worthwhile – to our volunteers as well as the people we’re helping.

BlackLine Magazine: How do you arrange the schedule?

Romualdez: During breakfast we kick off with some basic orientation, like background on the organization and what their cause is about. Then we go right into dividing up the teams and they head for their projects. When it’s possible we like to be able to switch up projects during the day. This way everyone can get the feel for the different parts of what the day entails, and each volunteer can participate as fully as possible.

BlackLine Magazine: Is there any problem with you bringing in so many people at once?

Romualdez: Not really. We prepare well. We start a conversation with the agency about six months in advance and set a placeholder for the date, so they know what’s coming, and so we have a sense of what our people will be doing. We also make a dollar contribution to cover supplies and other things we’ll need like equipment, paints, and brushes, for example, plus food and transportation.

We make a regular donation, too, and at registration we give the attendees the option to donate.

BlackLine Magazine: What would a typical project look like – how would it work?

Romualdez: In 2012 we were in San Francisco and we worked with a fantastic and well-known organization called Glide. Our clients and employees prepared food and served in the breakfast line. They also made facilities improvements, like painting. We also packed lunches – everyone got a chance to do a little of everything.

In 2013, in Los Angeles, we went to the Dream Center and to Los Angeles Mission – Therese is a regular supporter of LA Mission.  We split up the groups between those two locations and packed hygiene kits, distributed clothing and interacted with their clients, playing with the kids whenever we could. Interacting with the kids and families and clients is the best part of what we do, and we try to encourage it.

BlackLine Magazine: What’s in store for this year?

Romualdez: This year we’re working with Habitat for Humanity and Hands on Atlanta. We’re doing a house build with Habitat for Humanity. With Hands on Atlanta we’re doing a project with the United Methodist Children’s Home, which does a lot for the people of Atlanta. It places children into safe and loving foster care homes and also provides housing and support for families at risk of homelessness. We’ll be building picnic tables, painting, landscaping, and helping in the administrative office.

BlackLine Magazine: You said that the experience is rewarding for the volunteers. What did you mean?

Romualdez: Well, we like to end the day by getting back together and reflecting on what we’ve done and who we’ve met. We realize that we’ve gotten to know some fine people, we’ve gotten to know each other, and maybe we’ve even gotten to know ourselves a little better. Being able to work side by side to help people is a great experience, and it’s not unusual for attendees to tell us that the day was a high point of the conference for them.