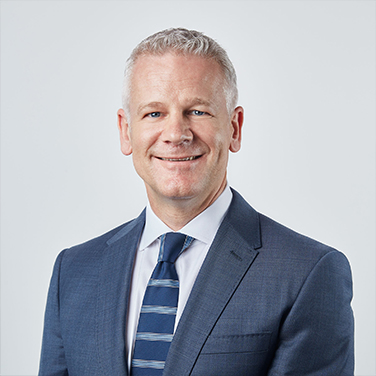 Richard McLean joined SAP in 2008 as the Chief Financial Officer for Australia and New Zealand and was appointed as Regional Chief Financial Officer, Asia Pacific Japan (APJ) from 1 January 2015. In this position, Richard oversees all key field and regional HQ finance & administration functions, with responsibility for all countries in APJ, supporting annual revenue of over €2.5 billion with more than 18,000 employees. Richard is a member of the SAP Global Finance Leadership Team and Senior Executive Team, APJ.

Richard has over twenty years of experience in senior finance roles with leading global companies across a range of industries including Financial Services, Investment Banking, Automotive and IT. He spent the first twelve years of his career in the UK, before relocating to Sydney, Australia in 2003, where he transitioned to the ANZ IT sector, initially with PeopleSoft, and then Microsoft, before joining SAP in 2008.

Over the years, Richard has consistently demonstrated excellent leadership qualities, building and managing high-performing, customer centric, commercial finance teams that are well-integrated and greatly respected by the local business. Acting as a trusted advisor, the teams have provided business insight, deal support and robust governance and compliance structures that have ensured sustained and profitable growth.

Richard is also recognized as a transformation agent and leader of change within the Finance function. At Microsoft, he led the local transition of transactional Finance processes to 3rd party offshore BPO operations in India and China. At SAP he has been a leader of the global finance transformation project execution within the APJ region over the past 5 years. Richard is originally from Northern Ireland, and now lives in Singapore with his family. He is married to Judy and has five wonderful children. A firm believer in work-life balance, Richard enjoys traveling and is also a keen sports enthusiast, particularly in golf, rugby and skiing.