Change Happens: What Counts Is What You Do About It 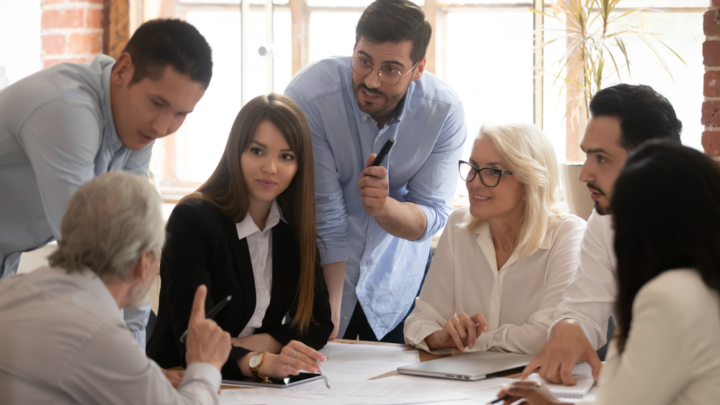 Paul Simon once sang, “After changes upon changes we are more or less the same….”

This lyric may still ring true, even in today’s environment of rapid change and innovation. In general, the foundations of business remain the same: make a better product and you’ll profit, invest wisely and your future will be successful, hire talented people and your organization will thrive.

But some things are certainly changing. Accounting automation is here to stay and yes, it can be disruptive. However, those using it—accountants, controllers, finance managers, and others—are calling it a positive disruption for various reasons.

Susanna Metzler is a manager of finance transformation at BlackLine and previously served as an accountant, senior accountant, and BlackLine global subject matter expert for Johnson Controls (formerly Tyco).

She explains that continuously working with spreadsheets was a major challenge. “The spreadsheets were often inaccurate, because accountants would simply carry over the previous month’s tabs into a new tab in the existing spreadsheet,” she says.

“That meant they would also carry over the previous month’s formulas. The volume of data would change, yet the formulas stayed the same, which could cause human errors.

“We’d discover that we dropped a row or picked up something we weren’t supposed to pick up. We’d have errors, resulting in unidentified variances, and we’d have to spend valuable time chasing them down.”

Manual accounting processes inhibited internal, external, and SOX audit efforts. Metzler’s team spent many hours tracking down paperwork, validating support, and returning responses to the audits. Also, it was difficult to build close relationships with the audit teams to improve quality in the organization’s finance and accounting functions.

This further slowed down and disrupted the process. Preparers and approvers couldn’t get the specific details and support they needed in order to grow in their positions. As a result, they often felt under-valued, since they weren’t privy to the issues that would arise.

Accounting automation changed all of that, says Metzler.

With automation, auditors were now able to share the same technology platform. They had the ability to perform audits in real-time while communicating online with preparers and approvers.

Communication flowed freely, so accountants had closer associations with the processes and personnel who were depending on their work. The work itself was expedited and errors decreased significantly.

But undergoing such a change is challenging in itself. This is also something Metzler witnessed at her previous organization.

“We had better communications throughout the organization,” she says. “And our accountants were positioned with a seat at the table with higher levels of management—providing more strategic value to the business.

“Many accountants flourished, but others felt intimidated. There will always be those who say, ‘This is the way I’ve always done it. Why should I do it any differently?’”

The Need for Change Management

Metzler and others say it’s critically important to put a change management process in place—one that pays attention to the people who will be undergoing the change, encouraging them to advocate for it.

The first step to creating advocates is recognizing the difference between pre- and post-automation team building.

Before cloud computing, changes in technology systems would typically be one-time projects, with a team of users and engineers pulled together by the IT department to facilitate the change. The team would be disbanded once the change was in place and successfully tested.

Now with cloud automation, change is a constant, and finance and accounting teams can function continuously while changes are implemented. But with this, employee buy-in becomes even more important and teams require people who can fulfill certain roles.

These are examples of people who can frame a vision for the project, connect that vision to the strategic goals of the business, and help motivate the team to keep it on track as the changeover unfolds.

This is a role for an engaged and passionate individual, one who knows the current accounting processes and who can evangelize for the new technology.

All team members should be able to communicate their understanding of the change and its purpose, but some are better than others. The communicator may be the best person to sit at meetings with other finance groups or business units.

This person takes responsibility for working with each accounting role, through individual meetings or training. They help guide the way through the change, and communicate the career development benefits of learning ways to thrive in the new automated landscape.

The scorekeeper should have a detailed understanding of the key performance indicators (KPIs) that will determine whether the change is successful. Such KPIs may include real-time measures of process performance and user activity that demonstrates adoption of the new roles and processes.

Metzler notes that other than the sponsor role, the candidates for these roles may come from different levels within the organization.

“Titles aren’t particularly important here,” she says. “What’s important is willingness to undertake the role itself, and the ability to work well with others. After all, we’re all in this together, and we all benefit when the change is successful.”

Read our latest issue of BlackLine Quarterly for more stories like this, including the keys to successfully achieving internal transformation.