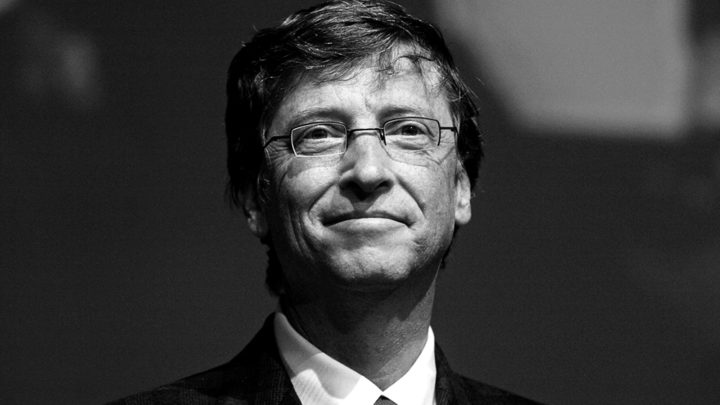 In a world that’s gone mad over robots, is Bill Gates the voice of reason?

Gates is advocating that robots who take human jobs should pay taxes out of concern that robots will replace large numbers of workers over the next 20 years.

If anyone else had suggested taxing robots, the idea may have been shrugged off (amidst some laughter), but when the founder of Microsoft says something, people notice. Responses to Gates’ idea have ranged from the mild disinterest of Treasury Secretary Steven Mnuchin, believing that robots taking away jobs is 50 to 100 years away, to the city of San Francisco, now considering the tax as a real possibility.

PwC took the opportunity to offer insights with a study in March which suggests that up to 38% of US jobs could be lost to robots — but which jobs are in jeopardy and who will be impacted?

The industries that will be most affected include telemarketing, customer service, and fast-food service, but not all jobs across these industries are in jeopardy. At risk for being robotized are positions with repetitive tasks that don’t require human interaction. This would have the greatest impact on low-income earners and Gates — among others — is concerned that this could increase the already growing economic disparity of the US.

However, as the world grows more and more concerned over how robotics will impact jobs, it’s important to also note the opportunities this technology will bring. As Gates himself suggests in his tax proposal, as robots take over the most mindless tasks, it will free up people to do the work that only humans can do.

Journalist Sydney Harris once said, “The real danger is not that computers will begin to think like men, but that men will begin to think like computers.” Applied to the recent robotics craze, his words suggest that instead of fearing the robots, perhaps we should embrace this opportunity to be more human. Fear can be an overpowering response, especially when facing the unknown. But we aren’t really facing the unknown. After all, this is not the first industrial revolution. Nor is it the second. This revolution, the digital revolution, is the fourth revolution and just as we survived (and even flourished from) the ones that came before, we will get through this one too. Because regardless of how we feel about robots, they’re coming.

The idea behind taxing robots is that a taxation would decrease the adoption rate of the technology. The funds accrued through the tax would assist displaced workers and provide them with retraining in areas where human labor is needed, such as health care or education.

Of course, anytime the word “tax” is used, it automatically creates a stir.

The strongest argument against Gates’ plan is that taxation will slow down advancement, which could harm jobs instead of helping them.

The anti-tax argument shows that in most industries, robots actually increase employment, and a robot tax could slow job growth. The introduction of electronic document discovery technology supports this idea. After this technology automated a large portion of paralegal work, paralegals didn’t end up jobless. In fact, employment of paralegals grew and has continued to grow at a rate that is faster than that of the workforce.

Regardless of whether you are for the tax or against it, the struggle with predicting the future is that we base our prediction on the past — which leaves plenty of room for error. In the end, we don’t know to what extent robots will complement humans and to what extent they will replace them.

And who doesn’t like the idea of paying lower taxes?