Virtual CFOs Have Their Day 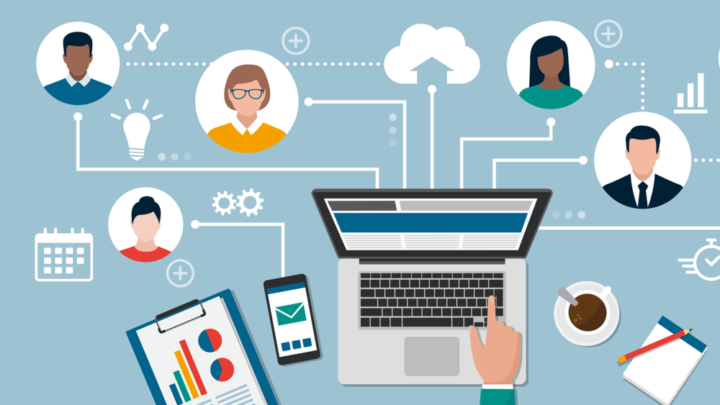 This article originally appeared on CFO.com It’s a 10-minute read.

In mid-March, retail cosmetics shop Ulta Beauty closed all 1,254 stores. Like much of the country, CFO Scott Settersten and his 200-person finance team became remote workers overnight. Settersten characterizes it as “a firestorm erupted, and a dark cloud descended over us.”

During a period of unprecedented upheaval brought on by the COVID-19 pandemic, “everyone in Finance executed their daily tasks, closed the books, and filed the financial statements on an entirely remote and virtual basis, something they had not done previously,” says Settersten. “It was a surprise to me just how well we performed.”

The Ulta CFO was not the only finance chief singing the praises of his team in late summer, with pandemic shutdowns still in effect in some states. In the previous five months, in record numbers, finance professionals had worked on a distributed basis from their homes, using an array of technologies to keep businesses running—to assess the impact of the pandemic and to stay on top of disclosures to investors, lenders, and regulators.

“The shift to remote work for me and [our] finance organization was relatively seamless,” says CFO Steven Horowitz of CareCentrix, a managed home health-care provider. “We already were completing most of the work we did in finance at our physical worksites in Kansas City and New York on a virtual basis. Moving the work to our homes made little to no difference in getting it done.”

The experience of CFOs “using finance and accounting automation software and other technology tools to get work done and close the books on a virtual basis has been surprisingly good,” says Tim Koller, leader of McKinsey’s strategy and corporate finance practice.

So good, in fact, that Ulta’s Settersten and other CFOs maintain that the future of work for finance has been irrevocably altered. In coming years, say some, teams will execute virtually all tasks on a remote basis, going into a physical office only occasionally based on a set schedule.

“Given the data-intensive nature of Finance and the use of technology tools to mechanize, digitize, and automate traditional finance and accounting processes, there is no burning need for a physical office other than for learning, mentoring, and team-building,” Settersten says.

Still, the issue is far from settled. Learning, mentoring, and team-building are actually some of the most important parts of what goes on in Finance, after all. And there are still some responsibilities of the finance function that require workers to gather in one location.

The shift to a remote work paradigm makes an assumption: that finance organizations have already digitized financial data and have highly automated finance and accounting processes. In some industries, that assumption may be wrong.

Accenture recently assessed that up to 80% of the traditional elements of Finance, such as accounting, reporting, analysis, transacting, and compliance, can presently be automated. Yet, in the average organization today, only one-third of these activities are automated.

Given the positive remote work experiences of highly automated finance organizations like Ulta Beauty, finance departments will face new pressure to accelerate their tech investments. Nothing jolts an organization out of complacency about automation like necessity, says McKinsey’s Koller, lead author of the book “Valuation: Measuring and Managing the Value of Companies.”

During the early pandemic lockdowns, “digital automation was something of a lifesaver, the difference between continuing business operations and calling it a day,” he says.

To keep their companies on top of supply chain disruptions, government shutdowns, and extreme market volatility, many CFOs formed “virtual war rooms,” dashboards allowing Finance to monitor cash flow and find innovative ways to reduce expenses, squeeze inventory, and conserve as much cash as possible, Koller says. These CFOs could get information faster and were at least in a position to make better decisions and contribute to organizational resilience and financial health.

What technologies proved vital in the spring and summer of 2020?

Ulta Beauty, for one, used Microsoft Teams to collaborate virtually, BlackLine to reconcile its accounts and close the books, AuditBoard to manage internal controls and compliance, and Toppan Merrill to file financial documents with the Securities and Exchange Commission.

“We were fortunate in a way, since we only started implementing these tools a couple of years ago,” Settersten says. At CareCentrix, the finance team relied on a similar set of products—a combination of Webex, Zoom, Skype for Business, and other tools for instant messaging, virtual meetings, and document sharing, says CFO Horowitz. The company used Adaptive Insights to handle financial reporting.

“The videoconferencing platforms “gave us the feeling of being connected,” says Horowitz. “We [also] had no trouble collaborating in real-time to perform the analysis and review documents.”

CFO Tom Stoltz of Portillo Hotdogs, a privately held company with 62 fast-casual restaurants in eight states, chalks up his team’s success during the pandemic with having previously migrated its IT systems to the cloud.

“It was a godsend, as it gave everyone on the staff remote access to the finance applications,” Stoltz said. “We had also recently upgraded the email system to Microsoft Teams, which allowed us to share files and collaborate in video meetings, a big plus.”

Undoubtedly, in many finance organizations, the work environment will not be totally remote or totally on-site. Instead, it may become a hybrid—employees going to the physical office some days, working remotely others.

Finally, more than half (54%) of respondents to a survey by The Institute for Corporate Productivity planned to expand flexible work arrangements in the future, with only 15% expecting to retain the pre-COVID status quo. Flexible work arrangements, in which employees can choose when and where to put in the hours, are nothing new. Many companies have tested this work paradigm for the past decade and more. But the pandemic turned these ad hoc tests into a universal experiment.

After many, months it has become apparent that some employees working only remotely feel socially isolated and mentally and physically drained. Flexible work arrangements could offset that by breaking remote workdays up with in-person office visits.

In addition, some finance tasks continue to require in-person physical observations and manual sign-offs on pieces of paper, which is the case with certain internal controls.

“The whole idea of internal controls is you manually check off something like inventory and then check it off again,” says Eric Knachel, a senior partner in Deloitte’s accounting and reporting services practice. “Other controls like segregation of duties also require in-person meetings and manual check-offs. These tasks could be redesigned as virtual steps … or remain as they are in a hybrid workspace.”

Several CFOs said the positive work experience during the pandemic has convinced them of the value of flexible work arrangements. “The only time finance staff had to go to the office was to scan physical mail and bills into their smartphones to electronically process the accounts payable,” says Horowitz of CareCentrix. “That’s the one area where we weren’t 100% virtual, yet I have no doubt we’ll automate the process in the future.”

The physical office, then, isn’t going the way of the typewriter, although most companies’ physical office footprints should narrow. The finance team at Pega, a publicly-traded customer relationship software solutions provider, will migrate to a hybrid workspace in the future, says Ken Stillwell, CFO.

“You learn from change,” says Stillwell. “Some people work very effectively and productively from their homes and others not so much, with most people in the middle—hence the value of a hybrid workspace.”

CareCentrix’s Horowitz has a similar perspective. “If someone needs to work from home for a couple days a week, so be it. If it’s good for them, it’s good for Finance.”

And what about CFOs themselves? Personally, the CFOs interviewed found their own remote work experiences remarkably productive. “For me, it was an eye-opener,” says Mark Partin, CFO at BlackLine. “It gave me the opportunity to reacquaint myself with the finance team and spend more time dedicated to the business and to them. I love being a ‘virtual CFO.’”

Partin feels he has “greater symmetry and alignment” with the finance team via a 30-minute daily video call than when he was on the road calling in between investor meetings. He says he eliminated much of his commuting time and is spending more time with family.

Stillwell also enjoyed working remotely and hopes to do more of it. “I learned a lot about myself these last six months,” he says. “I was quite productive and accomplished more than I did at the physical office. That was a big surprise. Do I think it will change my work behavior going forward? Absolutely.”

And what about learning, mentoring, and teambuilding? Make no mistake, the finance chiefs are highly aware of the flaws in working only from home. Single employees living alone, for instance, express feelings of social isolation. Others feel they are working from morning to night.

“People are social animals and creatures of habit,” says Partin. “Part of us likes to yell over the cube to a colleague or walk into someone’s office just to elicit a laugh and break the tedium of the day.

The physical workspace also keeps us connected to the business. An accountant might not get the computer invite to an important quarterly sales review that otherwise would have been shared in a physical dialogue.”

CFO Stillwell is particularly concerned about the career impact of remote work on younger employees. “We surveyed the finance team about their future work preferences and younger people definitely prefer working remotely,” he says.

“But, as the CFO, I feel challenged in how to develop and promote people who spend most of their time away from the physical workspace. I don’t want to disproportionately alter their career paths based on where they choose to work. I don’t want bias to intervene because I happen to engage in social interactions with people who come to the office more frequently.”

Horowitz has similar hesitation about the impact of remote work on team building. “We have some new people here who haven’t had the experience of working with our more tenured staff members,” he says. “If we change the work dynamic appreciably, it could affect the culture. In turn, that might result in retention issues.”

Settersten agrees. “Younger professionals are adept at working on a virtual basis,” he says. “If they’re new to the business and the organization, I have concerns they won’t get the “shoulder-to-shoulder’ mentoring and teaching that helps everyone in Finance learn the ropes and build esprit de corps. That’s partly why an entirely remote, virtual workspace, in my view, is not feasible. People tend to thrive on physical interactions.”

The partially hybrid work experience has been in place on a limited basis at BlackLine for more than a decade, with employees working every other Friday on a remote basis at their homes. But that’s a lot different than working a majority of days at home.

“If we polled the entire finance and accounting team, probably 50% would say we benefit from physical proximity and the other 50% would say they felt more productive working remotely,” Partin says. “I feel the same way.”

BlackLine was already moving toward more flexible work arrangements when the shelter-in-place mandates “proved we could share information, complete work tasks, and collaborate just as easily if not better on a remote basis,” Partin says. “The crisis was a successful mass experiment in a hybrid workspace. It’s the path we’re on.”

Visit our CFO Hub Page for the resources you need to take your organization to the next level and enable your teams to work smarter and faster, from anywhere.