The Modern Accounting Office: The Last Hurdle—Inviting IT 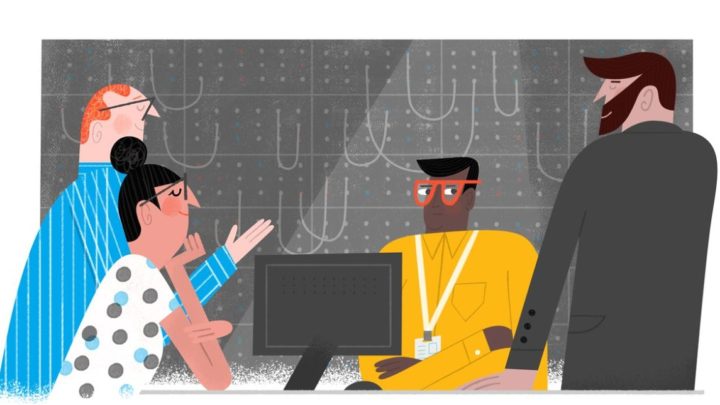 This is chapter five of a story of three visionaries who came together to achieve a fast and efficient virtual close. The characters are fictional, but the many companies that are on this journey are not.

Lori, the CFO, considered the options and agreed that real change could not happen as long as many of their processes remained manual.

The price was right. The added level of control would minimize risks. But if history was any indicator, it told her that software implementation is messy and employee change management difficult.

Vinny, the new accountant spoke up, recalling his previous company’s 60- to 90-day implementation which included role-based training. Plus, they had access to a huge user community that had undergone every challenge they’d ever encountered (and then some).

The CFO smiled. “You’ve convinced me, but you’ll have to convince IT before I sign off.”

With the CFO’s buy-in and budget approval, the team felt unstoppable. Over the next few weeks, they adopted BlackLine’s Modern Accounting Playbook and began planning implementation.

Everything was going well until Vinny reached out to Raj, the IT director. “Let’s get right to it,” Raj said as he walked into the conference room. “We’re in the middle of a big implementation. I’m not trying to be rude, but doesn’t your ERP handle all of this?”

Connie had anticipated Raj’s objection. She knew it was hard for people outside of Accounting to understand why the department needed “another” platform.

“ERPs weren’t built to do everything,” Connie explained. “For example, BlackLine is better—and faster—at substantiating the balance sheet and reconciling data from non-ERP sources. Plus, their playbook gives us a way to scale our processes as we grow and automate more of the close.”

Vinny jumped in. “It’s not going to be a heavy lift for your team, Raj. We know you’re busy. That’s one of the reasons we’re going with BlackLine. They guide and track the implementation. Your involvement will be minimal, although your support is critical.”

“My reputation precedes me,” Morris said wryly. “But yes, I’m in. I couldn’t see the point at first. But I realized that our old way is just that—old. We have to move past the status quo to keep up. That’s something I never thought I’d say! And we really do need BlackLine in addition to our ERP.”

“If Morris is on board, then BlackLine must be a big deal. He’s resisted all my attempts to automate in the past,” said Raj. “Moving this company toward digital transformation is my priority right now. If BlackLine won’t require a lot of my team’s time, and they guide the implementation, then you have my support.”

Read the full story to find out what the team was able to achieve with IT’s support.