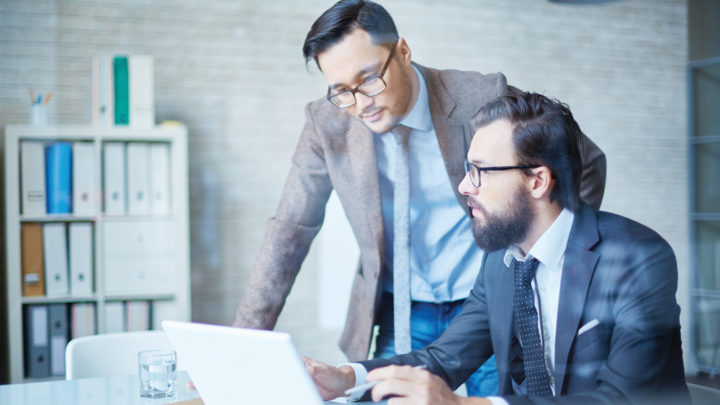 Financial statement fraud is rare, but when it does occur the financial and reputational damage can be devastating. Individuals in private and public businesses have committed financial statement fraud, their reasons ranging from a need to secure bank financing or investor interest to the desire to fulfill high shareholder expectations. These illegal gains are achieved through deliberate misrepresentation, misstatement or omission of financial statement data, and can create a false impression of an organization’s financial strength.

Tim Tribe leads the forensic and litigation services practice at Phoenix-based accounting firm REDW LLC. He’s considered to be one of the world’s top forensic accounting professionals, a field focused on the analysis of accounting records for fraud, litigation, damages calculations, and questions over accountants’ standard of care. BlackLine recently sat down to chat about financial statement fraud and how companies can detect it before the financial statement goes out.

BLACKLINE MAGAZINE: Let’s start with the bad stuff first – what are the statistics on financial statement fraud?

The top two categories are where most of the action occurs. According to the Association of Certified Fraud Examiners, financial statement fraud actually makes up only 9.6 percent of all occupational fraud. But it hurts the most, costing a company $975,000 on a median basis, compared to $125,000 for asset misappropriation and $200,000 for corruption.

With financial statement fraud, there’s this criminal philosophy that you either go big or you go home. It’s not brain surgery to tack on a couple extra zeros to the journal entries.

BLACKLINE MAGAZINE: Low frequency but high severity - got it. So who within organizations typically is responsible for committing financial statement fraud?

TRIBE: Usually it’s associated with employees who are in significant positions of management and control, but we’ve seen instances where it involves a business partner in a joint venture. The problem is that the fraud typically isn’t restricted to a single person, as you need a certain amount of collusion to pull it off. Two people with different layers of checks and balances are often needed to make the checks and balances go away with a wink, wink, nod, nod, `I’ll look the other way, you approve, and we move forward.’

Sometimes you have situations where someone in the C-suite stipulates that the company simply has to hit the numbers, and in a very blatant way demands to do whatever it takes. It doesn’t matter that the low-level employees doing the journal entries were told to make up the numbers or they were afraid of losing their jobs. They all end up going to jail.

BLACKLINE MAGAZINE: Are there instances where employees are told they’ll be paid for their scheming - given their slice of the pie?

TRIBE: Sure, we’ve seen incentive bonus compensation plans set up in such a way that employees are encouraged to lie and cheat. They’re incentivised to forge the numbers. The pressure is enormous. You’ve got the market pushing you, the competitive pressures, and the activist investors on the board slamming their fists on the table. So you lie. And then after a while, you run out of lies.

BLACKLINE MAGAZINE: Once these schemes are put in motion, are they difficult to stop?

TRIBE: These things build momentum. They start with a couple journal entries to squeeze out an extra penny per share, and then the next quarter comes around and the company still isn’t hitting the numbers so it squeezes out a few more pennies per share. On and on it goes and goes.

BLACKLINE MAGAZINE: How difficult is it to discern when a company is making up the numbers?

TRIBE: These things typically come to light during economic downturns because the perpetrators have run out of things they can do. The journal entries end up being so big and blatantly false that the fraudsters can’t get away with it anymore. When the entire industry is in the tank and you’re hitting your numbers, skeptical eyebrows tend to rise.

BLACKLINE MAGAZINE: An honest CEO shouldn’t have to wait until an economic downturn to find out the books are cooked. What can be done to spot financial statement fraud in its earliest stages?

TRIBE: One of the five top ways to detect fraud is proper use of account reconciliations. By automating this process, you’re in a good position to stop it. You can then build in fraud-prevention tools and predictive analytics to detect red flags. You can’t do this in a timely or opportune manner with manual processes. It has to be automated to sift through the numbers looking for anomalies that tell you bad things are happening in real time.

BLACKLINE MAGAZINE: Can you provide an example?

TRIBE: Sure. One irregularity is when journal entries are made up on weekends and holidays. That’s because the employees perpetrating the fraud know there will be no one around looking over their shoulder. That’s not to say that there aren’t people there doing legitimate work, but if there is a pattern of this work on such days, it’s a significant red flag. You can set up the automated system to provide this information.

Another good idea is to identify certain accounts you feel are high risk from a financial statement fraud standpoint. Using an automated tool, you can set up the controls to limit access to these accounts. This way, you’re notified of any activities that occur with these accounts beyond the granted access.

BLACKLINE MAGAZINE: Any other best practices you can talk about?

TRIBE: There’s tremendous sense in forming a fraud prevention program, where you put together people from across the company to set up the systems and controls and monitor them, fixing small things before they erupt into big problems. That way, speedier resolutions are possible. For instance, the number one source of fraudulent activities is a tip by an employee, anonymously or on the record. Once the systems and controls are in place, honest employees are better equipped to spot the irregularities—before the fact and after.