The Modern Accounting Office: Patch Up Old Processes or Modernize? 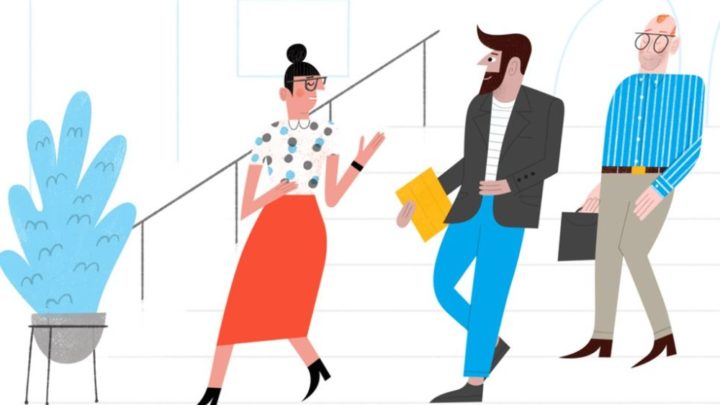 This is chapter three of a story of three visionaries who came together to achieve a fast and efficient virtual close. The characters are fictional, but the many companies that are on this journey are not.

Connie, the controller, knew their CFO wouldn’t sign off on change just because the close was “too time-consuming.” She needed to see the proof for herself as well, before pushing this forward.

“I could tell you about the success we had at my previous company, how we followed BlackLine’s Modern Accounting Playbook, and started closing in seven days instead of 15,” said Vinny. “But that’s just my experience.”

He flipped open his laptop. “Look at how many companies use BlackLine: Coca-Cola. Dow. Hyatt. AAA. Even Nasdaq! BlackLine gives us ‘huge time savings’ and ‘better visibility, efficiency, and control.’”

Morris shook his head. “We’re not one of those big companies. We don’t have the resources to set up a big system.”

“We wouldn’t have to,” said Vinny. “BlackLine is modular, and they’ve already defined the path. We would start with getting our close checklist into BlackLine, which is easy to do and will give us a lot more visibility than we have now.

“Next, we would start standardizing our reconciliations using leading practice templates. That would make the process less risky, right Morris? And much more accurate than manually entering data.

“We could even pick some time-consuming processes, like bank reconciliations, to fully automate. I know we could do all of this in as little as 60 days.”

Inwardly, Morris knew they were right. Streamlined reconciliations would be a godsend. But did they have to make such a big change? After all, they already had their spreadsheets built out in Excel.

Remembering a recent email he’d received from a vendor, Morris said, “I’m open to compromise. What about more basic software that just helps us manage our existing spreadsheets and automate tie-outs?”

Connie knew a stop-gap measure wasn’t enough. “I don’t want to patch up our old system. Whatever we decide, it has to last us years, not months. And you know as well as I do, Morris, that as much as we love spreadsheets, they’re not going to work in the long run. The visibility is awful.

“Just today I found an adjustment that needed to be posted. If I hadn’t been reviewing that spreadsheet in detail it would’ve been missed altogether. I’d really like to explore BlackLine.”

Morris nodded. He trusted Connie—and he knew it was time for a change. “Let’s schedule a meeting with BlackLine to learn more about their playbook.”

Wondering what came out of the team’s meeting with BlackLine? Read the full story here.