The Modern Accounting Office: Confident in the Numbers & Ready for Growth 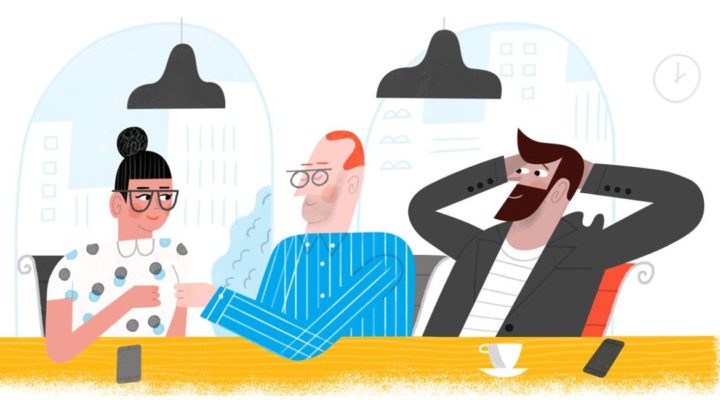 This is chapter six of a story of three visionaries who came together to achieve a fast and efficient virtual close. The characters are fictional, but the many companies that are on this journey are not.

Six months later, the team finished their fourth close with BlackLine. It had been an incredible journey. Sal of Sal’s Italian now joked that he’d lost his best clients because the team no longer had a standing order during the close. Instead, they celebrated each month-end with a department lunch.

Connie, the CFO, smiled and let out a sigh of relief. She thought back on the fact that their software implementation had only taken 60 days, she was much more confident in the numbers, and the audit process was easier. Employees had embraced the change as they now had less manual work and were even working remotely from time-to-time. IT was on to other things and the CFO was happy.

“You’ve done a 180, Morris,” said Connie. “Six months ago, we were trying to convince you to give up the manual close.”

“I thought BlackLine was my idea?” he joked.

Vinny groaned. “No way! You did help us convince Lori and Raj, though. Now that we’re closing continuously, we have visibility in real time, and automatically reconciling transactions is so much more efficient and accurate.

“It’s amazing to think that just six months ago we were sitting around the conference table, eating takeout and struggling through stacks of paper. Now we actually have time for a staff lunch.” He and Morris high-fived.

Connie smiled. Not only had implementation only taken 60 days, but BlackLine had been there every step of the way. Access to a leading playbook, training resources, and ongoing support had enabled the team to learn and adapt to BlackLine quickly.

And because she had more time available, Connie was getting pulled into some really strategic projects and meetings.

“I heard you’re both doing reference calls now and talking to people about BlackLine’s playbook,” she said. “And Morris, you were afraid you wouldn’t be ‘using your brain’.”

“I didn’t understand at first that BlackLine wasn’t taking away my work. It was making it easier for me to do meaningful work,” said Morris. “And now that we’re looking at doing more regular variance analysis and automating journals, I’m really excited about the kind of in-depth analysis I’ll finally be able to do.”

“I’m so glad we made this happen,” said Vinny. “When I first started here, I wasn’t sure if I could stay long term. The team was—and is—great. But a manual close… wow. It seemed like I’d gone back in time.

“Now I feel like we’re actually prepared for growth. We can handle intercompany processes, potential M&A, and even an IPO. With BlackLine’s Modern Accounting Playbook, we’re ready for the future!”

Read the full story to learn more about this team’s modern accounting journey.