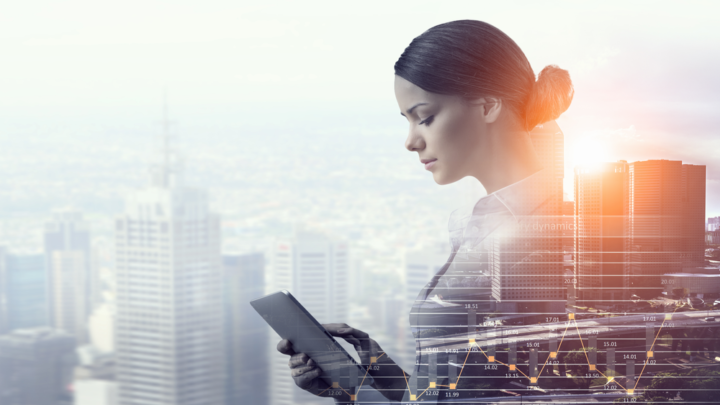 Travelers of the 21st century know all about tech disruption. New technologies have disrupted the ways we listen to music, engage socially, do business, and even get home after a night out.

But for accountants, every instinct says that disruption is bad. It’s risky, after all, and risk is something that should be wrung out of Finance rather than incorporated—right?

If that sounds like an over-simplification, well… it is, especially when new technology is involved.

BlackLine Product Director Thyra Williams explains: “My background is in accounting, so I know all about risk. I also know about working with spreadsheets and the many ways they can be altered or corrupted, mismanaged, misinterpreted, or even misplaced, all the course of one workday.”

Williams, who used to conduct financial statement audits while working as an auditor for PwC, points to an example.

“A preparer might create a formula to manipulate the results in a certain way,” she says. “But would then format the spreadsheet cell containing the formula with a white font to prevent visibility.”

What’s even more dangerous is the risk of error. The larger companies and their finance departments grow, the greater that risk becomes—which is why businesses are turning to process automation for their accounting and finance systems.

“According to a Gartner report, 80% of large organizations and 25% of midsize organizations in North America and Europe are on track to adopt close automation by 2020,” says Williams.

“And a recent Ernst & Young report found that most CFOs see delivery of data in advance analytics as a key capability for tomorrow’s finance function.

“That’s a big change from when I started out, when my first employer wanted to see how quickly I could calculate a column of numbers on a 10-key calculator. “

That 10-key calculator was soon disrupted by Lotus 1-2-3, which became Microsoft Excel. And now Excel is giving way to cloud-based process automation, and for good reason, according to Williams.

“Smart people—accountants—are not well utilized when they’re doing repetitive tasks like ticking and tying,” Williams says. “The work is slow and dull, and there’s a chance that fatigue can set in. So it’s also somewhat dangerous, from a risk perspective.

Getting on the Same Page

Cloud-based process automation solves many of those problems by bringing rules-based operations and real-time visibility to the financial close. But some accountants are reluctant to move away from manual processes, even though it’s in the best interest of the business to do so.

Williams offers this advice to organizations with accounting and finance teams who are resisting change.

Put People in a Position to Succeed

BlackLine offers a personality-modeling technique that can show where on the new tech-adoption curve each new user is most likely to thrive.

For instance, those users identified as visionaries or bellwethers may be best placed early in the curve, whereas users considered skeptical or cynical may be better placed where they can be helpful in testing out the new solution.

Identifying specific change personas can help organizations not only prepare teams for change, but ensure every accountant plays a useful role in that change.

Process automation fits naturally with analytical thinking, since it gives users solutions for tracking transactions or other events across multiple processes. It also adds analytical processes, such as variance analysis, that can uncover anomalies.

Accounting teams should be encouraged to think about the processes they’re using, and to freely raise any questions or insights about user or process behaviors.

As process automation grows in popularity, accountants, controllers, and CFOs are able to spend more time helping non-finance business units with their own projects.

“Seventy percent of controllers say they are now spending time helping other departments, and CFO roles are shifting upward too, to the point where the CFO is often the next person in line after the CEO.”

As companies become more experienced with process automation, they can perform reconciliations and other tasks that normally occur post-period date continuously throughout the period.

Called Continuous Accounting, this relieves much of the stress—and error potential—that has traditionally afflicted spreadsheet users.

Also, says Williams, this leads to a similar advancement in evaluating risk. “Risk monitoring becomes continuous. In fact, in one BlackLine survey, we found that 75% of respondents were using continuous monitoring for fraud detection while monitoring transactions at the same time.

“That’s the kind of tech disruption any company—and any finance group—loves to see.”

Read The Blueprint for Continuous Accounting to discover how your accounting and finance teams can become valued business partners with a seat at the table.